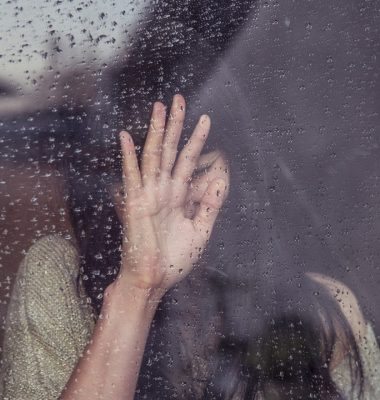 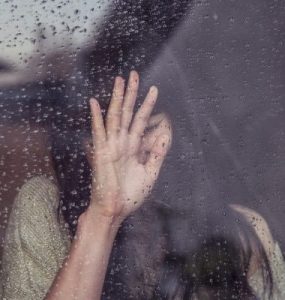 It seems that each time my friend and I read a couple of chapters for my review, we see that the topics mesh effortlessly. I can’t imagine two more closely connected chapters than the topics of domestic abuse and violence and shame.

We are reminded by Rosemary O’Connor, the author of this book, that domestic abuse and violence is not always what we see on reality television. Yes, there is often physical abuse, but more frequently there is significant emotional and psychological abuse. And why does it not reach the same level of reporting? Because the victims sit in shame and silence.

Let’s not live in denial…abuse and violence can be perpetrated by both men and women. It might even be harder for a man to admit that he has been abused by his partner because society places even more shame in the face of machismo. We are starting to find that silence is no longer acceptable. We need to bring the issue of abuse to the surface and get passed the shame.

Yes, a blackened eye and a split lip may be clear physical indicia of domestic violence. But how do we prove abuse if there are no physical markers? Damaging a person’s self- esteem is demoralizing. It is absolute abuse and one of the most vicious forms. Relentless criticism can erode a person’s central values. Often, by the time we realize we are being emotionally brutalized, it is too difficult to find the strength to break free.

We may be isolated from friends and family. Without them, we have no one telling us that we are enough…that we have value. Instead, we constantly hear that we are less than…worthless. And as a way to avoid the pain of the criticism, we drink or drug. Then, when we have become dependent upon the substance, we begin to see ourselves as worthless and less than.

Shame serves no purpose other than to destroy our self-confidence. It is not something that points us to a behavior or action that we can fix or change. Shame, at its worst, tells us that we are worthless and have no value. There is no point in our continuing to be on the face of this Earth. Without allowing our shame to see the light of day, it cannot be undone. If it is not undone, we may be.

This is very personal to me and also very painful. But I have been taught that we are only as sick as our secrets and perhaps by sharing my story with all of you, I may give some strength to another person living in the prison of emotional abuse. My story of emotional abuse and the shame I felt took me years of working in recovery and in therapy to move past. It took even more time, more years, to get to the point where I could say that I both liked and loved myself. It took yet another year to forgive my abuser for his abuse. I didn’t do that for him. I did it for me. Until I forgave him, I could not move forward. Forgiveness has set me free. I know that sounds like an oxymoron but truer words were never spoken.

My parents love me. But my father was tough on me as a child. I was the “son” he never had. I learned to fix the car and maintain the house. I did not learn to cook or sew. That sounds like it should have been empowering, but it was not.

Implicit in all of those activities was an undercurrent….I was not pretty enough or thin enough or feminine enough. My father constantly picked on the acne on my face and the fat on my belly and thighs. I was made to think that I would never be attractive enough to get a boyfriend or a husband.  I was too smart and I would make boys feel inferior unless I learned to hide my intelligence.

As a teenager, I found alcohol and drugs. I also found promiscuity…I thought that the only way I could make a boy like me, was to make myself available to him. And I dumbed myself down. I gave up on science and math and focused on language and composition.

I try to believe that my ex-husband loved me in the beginning. He liked that I had an aggressive personality. He appreciated that I was highly intelligent and did very well in school, even without trying. He loved that I made friends with people so easily. And then I think his testosterone kicked in and he started to feel inferior. He needed to be the boss and he needed to be in control. I was so happy to be loved, I would do anything to keep him happy.

Over time, I regressed to dumbing myself down in his presence and allowed him to take responsibility for managing our finances and our home. I stopped spending time with my family and friends because he was very jealous of my time and I needed to keep him happy. I was so afraid that no one else would ever love me.  Eventually, he had complete control over me. He berated my appearance, my abilities as a homemaker and a breadwinner. He demanded that I cook and clean and then criticized everything I did.

You might ask why I did these things…why didn’t I just flip him the bird and leave? The answer is that I had been worn down so much that I had literally no self-esteem. I felt worthless and I had no support to tell me that I was worth it, because he had succeeded in separating me from all of the people that loved me. I constantly second-guessed my every move. I was like a deer caught in headlights…frozen and unable to make the smallest decision. The only thing that kept me from committing suicide was my children. I was terrified that if I disappeared, he would turn his bully tactics on my children and I could not allow that.

It wasn’t until I had been in recovery for a year or more that I was able to stand up for myself.  Once I did, my support came out of the woodwork. I found out that others had been there for me but were afraid to approach me with help because I had convinced everyone that I was exactly where I wanted to be. That is how bad it had become.

When I had three years of recovery, I started to be able to love myself. I began to see that I was worth it. The more I became involved in service to my fellow alcoholics and addicts, the better I started to feel about myself. I had worth. I was enough.

At five years, I started to actually like myself. I learned to be on my own. I liked to spend time with me. I felt comfortable taking myself out to dinner. I took myself to the movies. I decided that I had a higher purpose for my life and decided to go back to school to pursue a degree in addiction counseling. I knew that I had something to offer.

Last year, I came to the awareness that I wanted to work with families of loved ones seeking recovery and started to pursue a certification in life coaching and BALM Family Recovery Life Coaching. Last year, I was working a full time job, going to school part time and pursuing certification…all at the same time. I managed my finances, my own apartment and helped sponsees walk through the steps. I took responsibility for my physical health and learned that I AM ENOUGH.  I learned that I can do anything I set my mind to doing.

This past summer, through a power greater than myself, I found the strength to forgive my abusers.  I recognize that they are sick and I pray for their recovery. They need 12 step recovery but there is no program for them. Once I let them go, I felt myself being elevated. Why do I tell you all of this?  Because I want you to know that you should not give up until the miracle happens.

What can you do if you find yourself similarly situated?  Rosemary and I have suggestions: