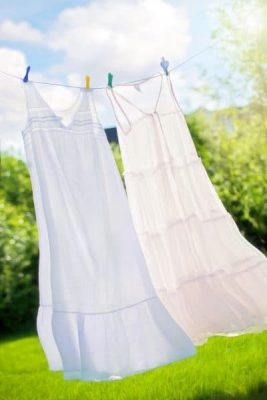 I Practice Not Doing – By Nicola O’Hanlon

As I contemplated this month’s topic of Practice, it turned out to be a harder task to write about than I’d first expected. My initial perception of this topic (when my amazing friend Kyczy Hawk suggested it) was to share all the fabulous things I do every day to keep me well.

But the fact is that my life has become so simplistic that the things I choose to consciously practice are minimal, uncomplicated, yet intensely satisfying to me. Some of this simplistic living was forced upon me at first because of dire financial difficulties and losing pretty much everything materially that I ever possessed.

I also managed to lose my mind, my physical health and every ounce of my already sparse self-esteem. Ah my old oppressor’s depression and alcoholism; you almost had me, but not quite! But I discovered during that very dark process, I prefer simple.

So as I thought about my journey from there to this moment, I realized that more than anything else, I had to practice the art of not doing. Layers and layers of stuff; rules, expectations, should’s, wants, musts, sat on top of me for years weighing me down to such an extent that I was only spinning my wheels.

I desperately tried to move forward but I just spun and spun and got stuck deeper and deeper in the spot I was in. So what’s the best way to lighten the load? Well, it’s to get rid of some of the weight instead of adding to it – obviously.

I sat in therapists offices explaining away my disastrous life and listening to suggestions to try this or that. Most of the time I came out with a feeling of dread and overwhelm because I had something else to add to my already chaotic life. And the point came where I just had to stop everything, and literally only do what was absolutely necessary to keep myself and my children functional.

The first thing I had to practice not doing was projecting outwards and to the future.

My head was always in the future, daydreaming of where I wanted to be and when I’d get there. While it’s absolutely necessary to have dreams, to constantly obsess about them when I barely had the ability to get out of bed in the morning, only added to my self-hatred and feelings of defeat.

I literally had to find joy in my achievement of getting out of bed on time and getting the kids to school. I had to focus on the right now. Did I manage to shower today? Did I have food in the house for dinner? Is there clean clothes in the wardrobes? I’d catch myself wishing to be anywhere but where I was, and bring myself back to right now. Eventually these basic things became automatic and I was able to move on to new tasks to help me become functional. Today I’m a mythical superwoman (although the clean clothes can be found piled on a chair in the kitchen occasionally – a lot).

The second thing I had to practice not doing was comparing myself to the rest of the world.

And don’t we all do it all the time? But if there’s one golden lesson I have learned in this life, it’s that our perception of another persons life is a complete illusion. We have no clue what goes on inside their mind and heart or behind their closed doors. We only see what a person wants to portray to the world….until there is nothing left to portray and shit is so bad you can’t hide it.

However, I remember clearly a time when I thought people judged me as much as I judged them. And maybe they did. I was one of those people who couldn’t portray any manufactured image of myself. I walked with my head down in shame because I was such a mess. I saw all these shiny, together people I’d known for years, achieving and earning and living wonderful lives. Yeah – not so much. Now image doesn’t impress me. Illusion is all around us and being strong and steady in my own being makes it easy for me to see through it today.

The third thing I had to practice not doing was saying I can’t.

Some of my old mantras; I can’t cope, I can’t stop drinking, I can’t be happy, I can’t have love, I can’t be successful, I can’t lift 198 pounds with my legs on the pivot press in the gym ( I can – very proud), yadda yadda….yadda. This point is such a cliché and highly irritating; I know because when other people said “stop saying you can’t” it used to bring up the urge in me to commit murder.

However instead of taking the path of homicidal maniac,  I just changed “I can’t” to “I can”. As a result I’m now not serving life in prison and am in general a much happier camper. A friend reminded me the other day that we can do whatever we want, but we can’t do everything. I believe some wise person said that. Also it reminds me that balance is admirable.

And that’s it. Just practicing not doing those three things has left room for me to do a million things

that I don’t have to practice…..if that makes sense. I practiced eliminating the unnecessary and the necessary, specifically applicable to me, took its place. Things like writing, eating well, dancing……all the things that are as natural to me as breathing. My hidden potential that was suppressed, surfaced, and continues to show itself. I make choices for myself today based on what brings me deep joy, not what brings me a quick fix.

As always, I will never claim that recovery is easy and it is certainly not a one size fits all deal. It takes effort and commitment and a belief that life gets better and dreams come true. It takes you finding what works for you and trusting your inner knowing (believe me you do already know).

So don’t delay. Practice getting rid of projection, comparing and “I can’t” and leave some room for yourself to be alive.