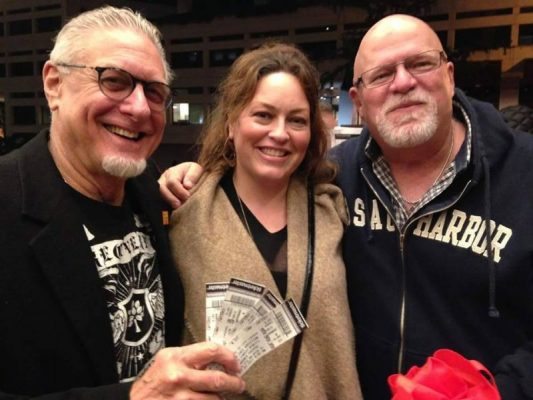 Me getting to DC last weekend for the Unite To Face Addiction rally took all the planning of a large scale military operation. Organizing childcare, trying to fund it, booking flights – and then of course there was the hurricane scare. Would I even get out of Ireland without being sucked into the vortex of a tornado over the Atlantic somewhere?

However, all was well and I headed to the airport for my five day trip with enough clothes to last a month. It was to be a jam packed few days. Not only would I be attending the rally on Sunday and meeting my www.intherooms.com family face to face for the first time, but I’d be meeting Jake Parent, Author and Editor of the online book I’m part of called Hearts & Scars – 10 Human Stories of Addiction, and taking part in a panel discussion for its launch.

The elation of having a double seat on the plane to myself was the first indication that this trip was going to be a huge success. Seven hours in the air, in a confined space and having to share that with a stranger is almost too much for me to bear – and I didn’t have to – thanks to the gods.

Hyped up on adrenaline and too much coffee, I landed in Dulles airport. There I met my long-time In the Rooms friend Diane, who was kind enough to offer me a place to stay. Being in contact with someone for about four years over the internet and then seeing them in the flesh for the first time creates a unique kind of experience. There were hugs and squeals of delight once we finally found each other. We spent that Friday night eating takeout and feeling very comfortable in each others company – a sleepover for big- girls, except without the pot and alcohol – but we did talk about boys!

Next day we treated ourselves to manicures and pedicures and got ready for the book launch. What do you even wear to a book launch? I actually googled it – and when I saw sparkly dresses slashed to the navel were how it’s done – I decided that wasn’t going to work for me – and wore jeans. We got to The Argonaut Restaurant where I met fellow recovery writers, Kelly the sober senorita, Nancy from Last Call, Laura from The Sobriety Collective, and Chris from KLĒN + SŌBR.

All of a sudden I had a microphone in my hand answering questions about my life, writing and sobriety, along with the other panel members Jake, Chris and Kelly. Looking back at me, was an audience of beaming, alive, sober faces. There’s nothing quite like a reaction of agreeing nodding heads when you’re sharing your experience, in recognition of what you’re saying. These people got me, despite my funny accent. That’s the greatest thing about recovery people – we completely get each other!

Then we zoomed across town to have dinner with Ken Pomerance and Ron Tannebaum from In The Rooms, who have been a big part of my writing career and general sanity, for the past four years. Being able to throw my arms around them and say thank you in person was a highly emotional event. I also got to meet and eat with Judd Brazer and Barry Reiman, co-founders of Satori Waters in Palm Beach.

And then she arrived – my best buddie Jen. We have been friends for years, been through many ups and downs and yet never met face to face. She’s one of my biggest supporters and confidants, so as you can imagine there were tears and moments of disbelief that we were actually standing in front of each other. After dinner we all attended the charity comedy event organised by Unite To Face Addiction. My face still hurts from laughing.

The next day I was greeted with an email saying I was going to be Interviewing Chris Herren, ex NBA and founder of the Herren Project, at the rally later. After almost passing out with excitement, I called Ken assuming that he’d arranged it. He knew nothing about it – so it still remains a mystery how it actually happened, but it happened – a God thing I guess. Chris is a real gentleman and an incredible advocate for recovery. It was an honor to meet him. I hung out most of the day at the wellness tent, where I met and hugged Tommy Rosen, Nicky Myers, and Patty Powers, along with more of my friends from In The Rooms. I even got to meet Anna David, who mentored me when I wrote for her After Party Chat Magazine. I hadn’t realized I was her very first writer until she told me.

At one point I stood in the middle of the tens of thousands of people who attended the rally and listened to the music. All of us touched by addiction in some way. All of us looking for a better way to be. It was a new experience for me to be among so many recovering people. I thought about my own path to recovery and shed tears of joy and gratitude that all the hard work had brought me to this point – standing in Washington DC, experiencing a never to be forgotten weekend, surrounded by incredibly people, incredible friends and incredible recovery.

I bid Diane a tearful goodbye at the airport, torn between wanting to stay longer and missing my children. This has been the highlight of my recovery life so far and I am most definitely a better and more enriched person because of it. Thank you all involved.

Oh and I got a double seat to myself on the plane on the way home too – sweet!