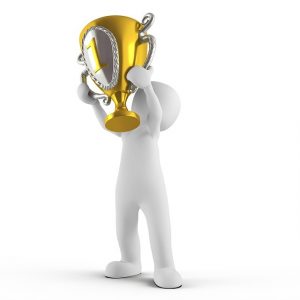 With the final days of the winter of 2025 approaching and extreme boredom setting in, the Pink Elephant Group decided it was time for something new. Already in the books were several Bowl-a-thons, Karaoke Nights, and finally, the fly-by-night Velcro Twister Games, which led to random thirteenth steps and oodles of resentments.  We dropped them like a bad habit.

Pin-the-Tail-on-the-Drunkard was proposed, knocked around and hastily shot down unanimously—our butts had fallen off long ago, leaving most of us disqualified. After multiple suggestions were scrapped, Bitter Bill spoke up from the back of the room.

“How’s about handing out some awards to a bunch of ex-drunks?  ‘Course, I probably won’t get one,” he droned drearily.

With the Oscars on the horizon, we decided he was right—we could host an awards ceremony, with our own peculiar spin to it. It immediately wobbled into our Pink Elephant think tank.

After much debate, we agreed the trophies should be called the Leroys, after the unforgettable drunk in newspaper comic pages, Leroy Lockhorn. Not to be overlooked, Leroy’s feisty wife, Loretta, would be credited with founding a new chapter of Black Belt Al-Anons. Samurai Butterfly would forever be its name.

Despite the persistent threat of ballooning widespread egos, the date was set for the inaugural event: The First Annual Leroy Awards.  Everyone was a little giddy. My sponsor wondered if it was in our best interests—didn’t our ego problems stretch north and south of normal, wherever that was? He often stated, “Alcoholics are egomaniacs with inferiority complexes.” It was profound, but also in many cases, a complete duhh. Inasmuch as he assured newcomers they were in good hands, having assembled a panel of experts, moments later he’d share how we used to feel lower than whale poop at the bottom of the ocean. He was a little inconsistent.

Apparently, he was trying to bring our ups down and our downs up in his own oddball way. His far-out grasp of Zen was mind-bending, but still helpful on many levels…if you were an oxymoron-lover.

Nevertheless, next year I’ll nominate him for a new category– Best Producer of Confusion. It should be a slam-dunk.

The old clubhouse was chosen as the venue for the gala event. Cigarette smoke stains were scrubbed off the walls until there was no paint, and we loaded up on pamphlets, Styrofoam cups and butt cans galore. A fleet of coffeepots were fired up to accommodate some serious sipping, while a metal sea of folding chairs was arranged. Donuts were plucked off shelves until local stores were bare. In no time, everything was in place, the room was packed and the festivities were ready to roll.

The one and only cable channel that considered broadcasting it was the EGO Network, but they withdrew—too many old-timers were seen photo-bombing on the red carpet, with ghastly results.

After the banquet, the legendary but fictitious Juan Valdez was lauded with Oscaresque razzle-dazzle, praising his life-time commitment to coffee beans, as well as his fine role in some percolating commercials. What an actor! A barista’s toast was followed by a rousing group-slurp.

Next was the main event– the winners of the Leroys were ready to be announced. To counterbalance ego re-inflation, attendees were urged to limit their applause and keep the schmoozing to a minimum. Nominees wondered if that wasn’t resentment material, but decided to let it go.  It was time to begin.

The Winners of the First Leroy Awards:

Best Dishonesty (Over and Over)– JustaCouple Jimmy

Best Jaywalker– Category withdrawn– We are NOT good jaywalkers!

Best Instrumental Soundtrack by an Al-Anon– Does not exist

By evening’s end, there were dumb jokes by the dozens, more mini-leads than any butt could endure, and rollicking ovations that rivaled any sobriety countdown. Still, egos were untarnished, gallons of coffee were gulped, and no directions were followed, as usual.

The premier event was enjoyed by all, even those who didn’t get a Leroy; in fact, they were especially grateful. When the dust settled after clean-up, Pink Elephant Group members were asked if it was going to be an annual event. Their response, of course: “We’re only doing this One Year at a Time.”