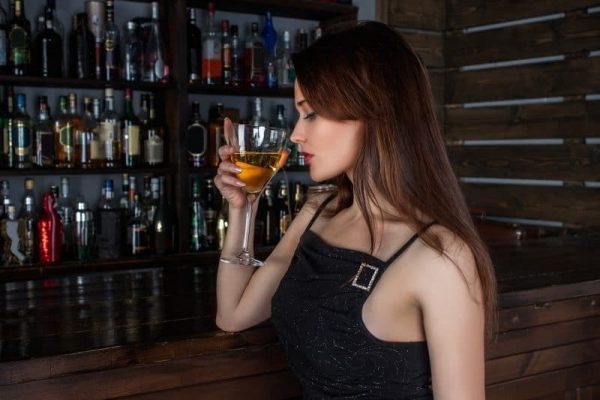 Drinking: A Love Story – Stuck in Sex – By Jackie S.

My reading of Caroline Knapp’s chapter on sex was split in two parts. There is a lot to cover when it comes to the fusion of alcohol and sex. In the second half of the chapter, Caroline focuses on three relationships that involve alcohol and sex: one between her and her live-in boyfriend; one between her and a professor/mentor; and one between her father and his paramour. The primary topics that came to mind in this part of her story are all too familiar – people pleasing, seeking validation, and being the co-dependent victim. Caroline talks about how her relationships were always about trying to please others, regardless of how she felt personally, because ultimately what she sought was not so much the sex as it was the physical and emotional intimacy that let her feel like she had value.

And, when those relationships went awry, she was so entrenched that she became the victim, even though the relationships were of her own creation. The ultimate love/hate relationships were all made possible by unending amounts of fermented liquid. In her relationships, she was able to be communicative, flirtatious, and sensuous, and in every incidence of interlude, there sat the alcohol – martinis before dinner, wine with dinner, and vodka tonics or tequila sunrises in the evening. At the end of the chapter, she sees herself in her father, a man who was a product of a dysfunctional upbringing who strove to avoid having the same thing happen to his children, and in the process, lived a double life that was fueled by alcohol.

What’s sex got to do with it?  Sort of borrowed and modified from a Tina Turner song some years ago. Ultimately, sexuality has everything to do with it. As a young teenager, I was very unsure.  I had little or no self-esteem. I was a smart kid, but I somehow learned that it was a bad thing for a girl to be smarter than a boy – that it would make him feel bad and my job was to make a boy feel good. Wanting to please, I dumbed it down big time. I dropped out of the scholar’s program classes and into the mainstream. I purposely fought learning math and science because those were areas where boys should excel. I remember in freshman biology my boyfriend David and I were lab partners (it’s not what you think) and when we had experiments, he did the field work or the dissections. I conducted the requisite squealing in disgust and I wrote the lab reports. To this day, I cannot bring myself to study math or science. Psychology is as close as I can get.

The names from high school float in and out of my head. Some boyfriends were long term (back then, long term was measured in months) and some were passing fancies. But I knew my job was to make them feel good. Making them feel good meant that they were pleased and they would be happy with me. Most of the time, I didn’t really want to make them sexually happy, but I had been the one to flirt, to smile at everything they said, even if it was really stupid, to touch their arms and squeeze their hands and let them think they were “all that.” This whole dance required alcohol and over time it required more and more. When the time came to be really physically intimate, I felt boxed into a corner. I couldn’t say no. First of all, this was before the generation of saying it was okay to say no up until the very last minute. But how could I say no when I was the instigator? So I would drink until I was numb and then do what I needed to do to please them.

In college, the dance continued but the boys were much more aggressive. If I didn’t want to do something, even intoxicated, my decision was removed from me. Today they would call it “date rape” but back then it was just the cost of doing business. I wanted to be wanted. I flirted and smiled and leaned close when they spoke. This was the price I had to pay. By this time it was a combination of both drugs and alcohol that helped me deal with the process. I felt loved and then I felt shame. Over and over like a broken record.

This process continued in my marriage. My marriage started off nicely, even though I think I knew I was making a mistake as I walked down the aisle. But the idea that I could call off the wedding was unacceptable. My validation was wrapped up in that marriage. To quit before we even began was not something I could square with myself. And so, for a period of time, I made it work. I was sober for a while and still made it work. I had two children and still made it work.  Round about our fifteenth anniversary, when I knew that it wasn’t working anymore and I was very close to picking up the alcohol again, I suggested that maybe we needed counseling. His response was that any marriage that needed counseling was already over and he went back to whatever he was doing. And I went back to drinking.

My entire validation was wrapped up in that marriage; the idea that I could leave was unthinkable. So I continued to be a people pleaser knowing that my drinking would be my reward for a job well done. Near the end, I returned to my old learned behaviors. Drinking allowed me to be the wife he needed me to be. The wife I could not be if I didn’t have my drink.  The times I said no but he wouldn’t take no for an answer. I didn’t know there was such a thing as marital rape and I don’t think he did either. That’s when I learned to drink on the basement stairs and wait for him to go to sleep before I made my way to the bed.

Caroline used an interesting description of this whole repetitive dance. She said at times she would just sit there (while the sex was occurring) not knowing how she got herself into the situation and not knowing how to extricate herself from it. I have named that Stuck in Sex. And I will bet that most women know exactly what that is.