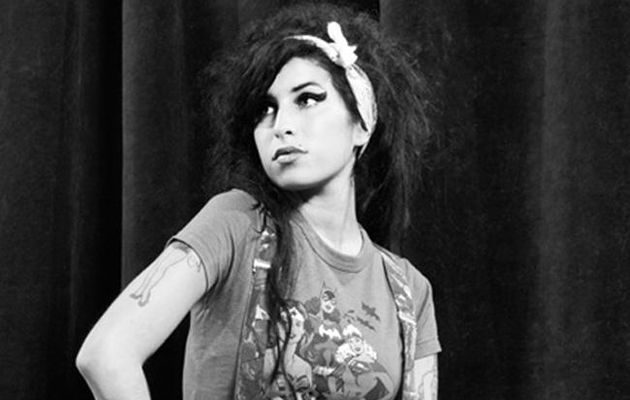 I wonder sometimes, where I’d be now, if I hadn’t stopped drinking and popping xanax. I’ve been advised over and over not to “what if” myself into a bout of anxiety. I get anxious easily. But my mind goes there, now and then. Especially when things are going well. And things are going well right now. They have been for quite some time. I’m not used to this new method of experiencing the world.

It seems a bit morbid, even to me, to think these thoughts. But being unaccustomed to stuff working in my favour, my mind tends to wander back to where it dwelled for most of my life. In the immortal words of Amy Winehouse, I go “Back to Black”. I’m still distrustful of my thought process at times. But this type of contemplation makes me grateful. At least that’s my understanding of it.

I imagine I might be dead, just like Amy. Quite possibly by suicide or a worn out liver. Either way – it’s suicide – I guess. I was sick for years after quitting drinking. Obviously I was sick during my drinking too but I didn’t notice then. Well, detachment from reality is a side effect of addiction. Or maybe the root cause?

If I managed to stay alive this long, there’d be definite conflict within my relationships. None of them would be healthy, that’s for sure. Come to think of it – I’d probably have none. I’d hope someone would take my children into safety. Anyone who loves me would live a life of constant sorrow, pretending that everything was great – but really – mentally and emotionally the shine would have left their lives. It would be easier for them if I was dead. The fog of dread would have disappeared.

Eventually, when I did drink myself to death, nobody might find me for a month. I’d be a worm infested corpse who once existed – but never lived. People would lament about the state of society. How could such a thing happen? “She never came out of her house”, the neighbours would say. “She wouldn’t answer her door.” And I’d have 50 cats like those animal hoarders on television.

But none of that happened. I made a decision one day that I was done with living life like a tsunami. I could never manage to keep the massive explosions of disaster from surfacing. I’d try. Very hard. I’d smooth things over, deny, make things look exquisite. But eventually, the ripples under the surface would gather momentum and I’d drown everyone around me. Again. No matter what I did to hold back the wave of dysfunction, everyone got sucked under. I choose instead the gentle ebb and flow of the moon and the magic that brings.

Those fleeting thoughts are just nightmarish fantasy that almost came true. And still might if I forget how it could be and take for granted how perfectly divine this very moment is. Sitting in my living room, fire lighting, writing, the sound of the Red Hot Chilli Peppers filling the house from my sons’ new guitar, and the laughter of my daughter and her best-friend, steeling biscuits from the kitchen.