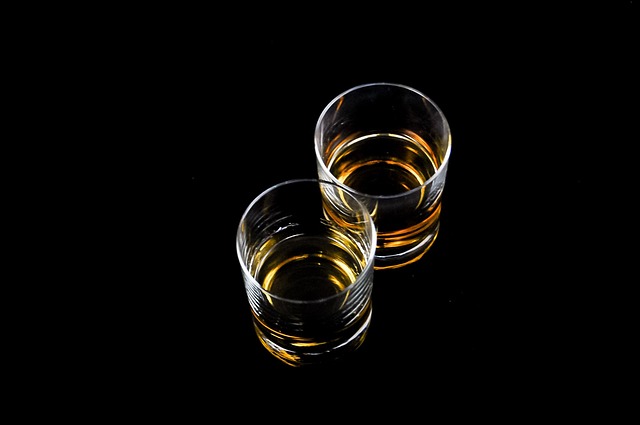 My early days in recovery were bedeviled with unnecessary struggles and overdue surrenders, and polka dotted with pity parties. Incredibly, even though I was D.O.A. at my first meeting—Defeated on Arrival—willingness and an open mind didn’t come automatically. I always wanted more than I needed, yet here I needed a lot more than I wanted. A long, bumpy road lay ahead.

I raced to meetings daily, asked for help in the morning and said ‘thanks’ at night. Those actions worked—I didn’t pick up the next first drink. When they asked how I was doing, the answer was always ‘Fine’. However, my face often told another story.

I was uniquely screwed-up. The dilemma others viewed as a drinking problem was counterbalanced by a sobriety problem that would always drive me back to the booze.  I couldn’t drink and I couldn’t not-drink.  It was the riddle from Hell.  My sponsor called it ‘the battle of the bottle’.

My sobriety problem took center stage after alcohol was removed. Questions I wouldn’t ask and problems I couldn’t solve dogged me. My intellect, deeply entangled with my ego, was challenged. Could I really be that bad?  There were areas of my life I tried to handle without God, and a sponsor just wouldn’t understand. It was difficult to accept I needed all the help I could get, yet knew if I kept doing what I was doing, I would keep getting what I was getting. That ticket was punched.

Distressed, I went to my Tuesday night meeting, committed to listening more intently. The answer to the question ‘Why do you want to be restored to sanity?’ was suddenly clear. If I wasn’t restored to sanity, I would be restored to drinking. My case history was punctuated by umpteen attempts to regain control of my liquid friend-turned-master while my life fell apart around me. That was my Third Chapter, too.

When they stressed that the main problem of the alcoholic is centered in his mind, I finally got it. The notion that my own thinking could displace the faulty reasoning that kept me drinking and accelerated my downfall was absurd. I couldn’t do it. If I could, I wouldn’t need God.  Acutely aware I couldn’t fix myself, I knew I was in trouble. I needed a Higher Power now or else. Fortunately, I was in the company of God’s Repo-men.

Many of them were once atheist or agnostic, but something happened that changed them. Undeniable happiness and peace was evident in their lives. Sobriety was not some great sacrifice; it was a tremendous asset. While their spirituality was working, I alternated from spiritual giant to spiritual guppy, seesawing with the ups and downs of my life.  Clearly their newfound power was the bedrock to long-term sobriety. Finding what was blocking me was my next concern. I knew it was possible—the look in their eyes gave me hope. Theirs were the eyes of another kind of Lazarus.

I needed the same foundation they had, but how?  A headfull of old God ideas had been gathered throughout my life; most were clouded by what a child thought he heard, or misconstrued following life’s big hurts. Since then, God and I had a lot of fights– He let me lose them all. That, I later realized, was grace.

While the meeting unfolded that night, an idea from out of the blue surfaced—perhaps a spiritual nudge?  While members around the table shared, I sat picturing a blackboard in my mind’s eye. On this imaginary chalkboard I began writing everything I didn’t like about God.

After jotting down numerous grievances, I realized it was impossible to uncover them all before the meeting ended. There wasn’t enough time. To hasten the process, I determined everything was included on it whether I recalled it or not. Satisfied, I imagined myself walking to the chalkboard and mentally erased the lengthy list until the slate was clean.  My case was closed. My Higher Power was off the hook.

“I’ll learn about God here,” I thought. “These people can show me.”

An essay Bill Wilson penned likened the fellowship he co-founded to a spiritual kindergarten, and on an invisible blackboard on a Tuesday night, so it was for me. Hopefully no one noticed, but it’s likely somebody saw that screensaver look on my face during my spiritual housecleaning. Nevertheless, it was a pivotal day in my recovery, ground zero in my relationship with God. This would soon be the power I would rely on to take the Twelve Steps.

Other miracles, large and small, became beacons on my journey, too– I hold fast to them. They still remind me I’m never alone, even when I fall asleep to that Great Fact when life surrounds me. Thirty-four years later, I still sit in that room on Tuesday nights, remembering a chalkboard that was created by grace. Gratitude often floods me.

I ask myself in my morning meditation, “Is today a good day to trust God?”

Hindsight tells me “Yes”. With God, I know it’s okay, even when it’s not okay. 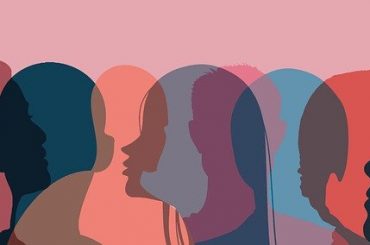 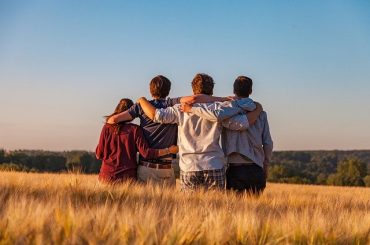 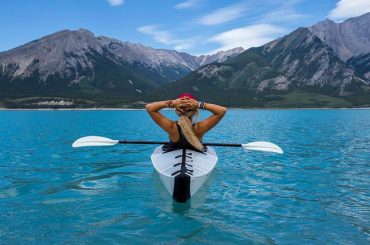