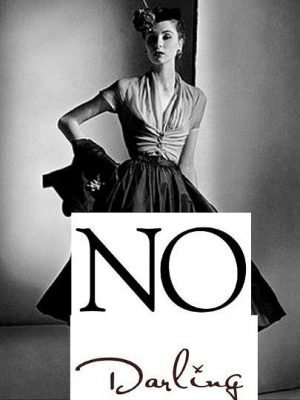 Are You Able To Say No? – By Tsgoyna Tanzman

My friend JayJo had a four-question acid test she used to make decisions:

Will it make me Smarter? Richer? Healthier? Or Sexier?

Saying “No” is a skill that can be acquired if it isn’t already deep in your DNA. As a recovering people pleaser, I’ve learned to set the limit and say the “N” word with grace and conviction.

Many years ago I was working as a Speech Pathologist in a Rehab Facility. I was approached with the “opportunity” to coordinate a complex schedule for eight therapists and twenty five patients. My boss pitched me as if it were a special reward for being exemplary.

Knowing one’s strengths, weaknesses and even preferences is key to setting boundaries and applying that NO word as needed.

Scheduling (with or without a digital tool, this was in the 90’s) is about as appealing to me as eating ground glass. It is not a skill strength of mine. It feels like an impossible puzzle with no upside for satisfaction. I firmly declined and watched as they instinctively found the next people pleaser person who couldn’t say no. I watched this woman struggle with the task no one else wanted. She drained herself trying to accommodate everyone and worse yet, she was judged as incompetent by the very people who assigned her the task they knew was futile from the start.

Do people pleasers and co-dependents flock together? I recall countless bitch fests with girlfriends who were serial volunteers complaining about the very things they voluntarily said yes to.

“No” is not a four letter word – it is, in fact, only two and it is powerful when thoughtfully and decisively used.

Here is my acid test:

Am I saying “Yes” to please someone else so they’ll like me?

Everything stops with that question. No amount of manipulation, cajoling or contorting myself to fit someone else’s needs will GET him or her to like me. They will either like me or not. The first person I must please is myself and I set the standard by respecting my time and myself.

Am I more likely to be happy or regret my “NO” one-hour, one-day, or one-week after my decision?  This one is tricky when the request comes from a close friend or family member and seems like an imposition in the asking. “Will you take care of me for a week after my elective plastic surgery?” “Can I stay at your house while I am sick and contagious and wait out the illness so I can have my elective plastic surgery, so I can avoid the cost of a hotel, even though I have the money?” (note: they did not say the italicized words and to her credit she prefaced her request by saying PLEASE TELL ME THE HONEST TRUTH)

Will saying “Yes” add to my mental or physical well being, my integrity and my higher values?

If the answer is “NO” there is a way to respectfully and gracefully decline.

Harvard professor William Ury lays it out in his book, The Power of a Positive No: How to say No and Still Get to Yes.

In the introduction to the book, the author explains there are three responses to someone who asks us to do something we don’t want to do.

Sometimes, these responses spill over into one another, making a difficult situation worse. For example, we initially avoid the request, prompting a second or third request. We then get annoyed and attack the one making the request. This leads to guilt, perhaps an apology, and then accommodation.

Dr. Ury suggests a fourth strategy that doesn’t require us to sacrifice either the relationship or our own priorities. He calls this a positive no.

A positive No has three parts:

How did I answer the request to stay at my home?

“Thanks for being straightforward and asking for what you want. Thank you, too, for asking for my honest feelings. No, I would rather you stay somewhere else so we don’t get sick, too. For your own well being, go home and get better. You can’t risk surgery when you are not well.”

When we say yes out of fear or guilt we create a debt of emotional currency that drains us.  Whereas when we say No and set a boundary to that which doesn’t propel us in a healthy direction we not only expand our emotional currency and energy, but we let the universe know what’s a clear Yes for us.

Sometimes I’ll ask for something boldly and I realize it could be perceived as an imposition. In that case, I typically preface my ask with a disclaimer clause: Please feel free to say “no” without hesitation or explanation, but would you be willing to ________________?”

Whether it is a friend, an employer a parent, spouse, child or even you learning to say “No” respectfully, decisively and graciously is a gift for all.

Make Believe~ Make Belief Affirmation:  I can say NO confidently and respectfully to others and myself and that makes my YES even stronger.