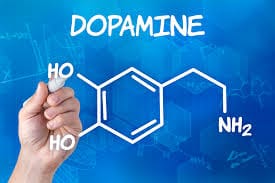 Can a Behavior (Like Sex) Really Be An Addiction? – By Robert Weiss LCSW, CSAT-S

Sometimes people wonder if pleasurable behaviors can be addictive. Well, they can. In fact, they’re every bit as addictive as alcohol, cigarettes, cocaine, opiates, etc. And there is a great deal of research that proves this fact. For starters, and most notably, numerous studies tell us that addictive substances and addictive behaviors trigger the same basic pleasure response in the brain – in particular the release of dopamine (along with adrenaline, oxytocin, serotonin, and various other endorphins) – resulting in feelings of pleasure, excitement, wellbeing, euphoria, and the like.

In many respects, this neurochemical pleasure response is the crux of addiction. Essentially, some people learn to use it, regardless of whether it is induced by a pleasurable substance or a pleasurable behavior (gambling, spending, sex, eating, video gaming, etc.) as a coping mechanism – a way to temporarily alleviate stress, anxiety, depression, and other forms of emotional (and sometimes physical) discomfort. Over time, these individuals can start to use an addictive substance/behavior less for enjoyment and more for escape. In other words, they’re not using to feel better, they’re using to feel less.

Still, it can be hard to wrap one’s head around the idea of behaviors as addictions, possibly because some potentially addictive behaviors, most notably sex and eating, are essential to life – which is why our brains are programmed to register pleasure when we engage in these activities. (If we enjoy them, we are more likely to do them again, and thus more likely to survive.) However, as discussed above, this inborn neurochemical pleasure reaction can become a person’s go-to coping mechanism – used compulsively as a way to deal with any and all uncomfortable feelings. And that is a sure sign of addiction.

If you’re still struggling with the idea of behaviors as addictions, consider a cocaine addict on payday. As soon as he gets his check, he runs to the bank and turns it into cash. Then, instead of paying his overdue rent and buying food to feed himself and his family, he heads to his dealer’s house. As he does so, his heart races, his palms sweat, and he is so preoccupied with cocaine that he has already “lost himself” in the drug – even though there is nothing in his system. He has become so completely focused on cocaine that he has lost touch with reality. Thoughts about how much he dislikes his job, how much money he owes his landlord, and the fact that his wife has filed for divorce are (temporarily) gone, along with all of his other real-world problems and obligations, because, neurochemically speaking, he is already high. In other words, his brain is pumping dopamine, he has lost touch with reality, and his decision making is distorted. It doesn’t matter that there is no cocaine in his system yet, because his brain is acting as if there is.

Once again, this state of escape, no matter how it is induced, is the goal with addiction. Addicts aren’t trying to feel good, they’re trying to feel less. Thus we see that addiction is driven by a neurochemical response. And this response can occur with or without an addictive substance.

In sum, addictions of all types, be they substance or behavioral, are driven by a desire to lose touch with reality for an extended period of time. The goal is to stay detached from reality through the intensity of a neurochemical pleasure response. And this pleasure response can be induced in a variety of ways, only some of which involve an addictive substance.