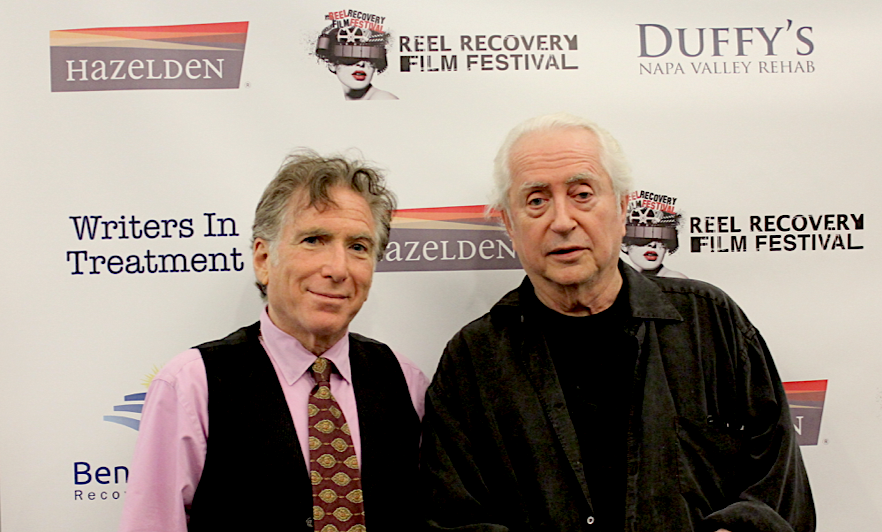 Chapter 6 of Moment By Moment by Leonard Buschel

In October 1975, I went to New York City to see a private screening of a Bob Downey work in progress film. It was first called Off the Wall, then Moment to Moment, later, Two Tons of Turquoise to Taos Tonight, then just Jive. Eventually it went back to being called Moment to Moment. The event ended at 10:00 p.m. Because the last train to Philly doesn’t leave until midnight, I had some time to fill before heading to Penn Station. I dropped down to the downtown IRT line and got off at Fourth Street. The first place I spotted was called Gerdes Folk City. I crossed the street to get a better look, and I see there’s no admission charge. So, what the fuck, I go in. It was open mic night, and a scruffy-looking crowd filled the room. I was deciding whether to stay or go when I saw Tom Waits at the bar. That cinched it. I’m in.

There’s a bar in the front room, tables and chairs in back. A girl is singing, but I’m not listening. I’m nursing my Heineken and hoping I have the patience to make it last until 11:45, giving me time to get back to the train station. Still, there is Tom Waits involved in some seriously smoky mind chatter at the bar. I keep walking around, and when I find a seat at a table, I talk to another girl with a guitar around her neck.

Then some little curly-haired guy comes into the bar with a very attractive lady. They looked much like Bob Dylan and Joan Baez. Holy shit, it was Bob Dylan and Joan Baez. A small film crew is following them in, and I’m wondering what the occasion is. Allen Ginsberg is also in tow. This was the first time I’d ever seen these icons in person, and what a happy coincidence that I ended up at the same club that night. It was the beginning of Bob Dylan’s Rolling Thunder Review tour, and the whole thing was being filmed for Renaldo and Clara. It was October 23, 1975.

At first thought, I guessed it was a publicity stunt. Ten minutes later, Ramblin’ Jack Elliott and Eric Andersen arrive, and they all launch into “Happy Birthday.” It’s owner Mike Porco’s 60th birthday, and some of the artists he had hired to perform in his club (when no one else would) showed up to celebrate.

Then Ginsberg begins by getting everyone in the club to chant for five minutes, which seemed like an eternity. For the next three hours, not one person left that club. We all just smiled at each other in joyous disbelief that we could all be this lucky. Dylan was doing solos and singing duets with Joan. Roger McGuinn, who was eventually inducted into the Rock & Roll Hall of Fame for his lead work with The Byrds, was also there. And I haven’t forgotten Bob Gibson. He was a key part of the folk music revival in the late 1950s and early 1960s.

Joan Baez gets up and jokingly says, “I’ve known these guys for a long time, and I love them dearly,” said Baez. “But everybody is slightly unstable.”

Around 3:30 a.m., Patti Smith blows everyone away with the loudest, most modern set of the night and a vision of what the punk rock scene would soon become. Seeing her perform was the most memorable experience of the night. Young and vivacious, she was an incredible punk rocker who was ahead of the movement, and in my estimation, was the best female soloist of them all.

Finally, at 4:30 in the morning, Phil Ochs sings his heart out in that unbelievably sad voice. He hanged himself several months later in an alcoholic daze. The last known film footage of Phil Ochs was taken that night. What an honor to have been there, in the presence of a musical artist who wrote hundreds of songs in the 1960s and 1970s and who released eight albums.

Ochs is most famous for his antiwar song, “I Ain’t Marching Anymore.” He did march through life, however, with a diagnosis of bipolar disorder, before committing suicide. And now, like he already said, he’s not marching anymore.

The performers weren’t singing like in a review. No, it was more like an ensemble. Each was just doing their own thing, which was more than enough for an audience who could not have appreciated it more. These singers are like miracle workers, and they have remained very popular.

The birthday boy’s grandson (blogging in 2011) recalled the night in this way: “A cake was presented to my grandfather and ‘Happy Birthday’ was sung by all of his friends and admirers. What mattered most to him was that all had a chance to get together again.” The night ended in the wee hours with Buzzy Linhart and Bette Midler performing their hit, “Friends.” I can’t help but say it again—that was an incredibly memorable night.

At about 5:00 a.m. I walk out of the bar into the Manhattan morning mist. Too exhilarated to sit in a taxi, I start walking up Sixth Avenue. Around 22nd Street, for two long blocks, there was nothing but fresh-cut flowers. This is the wholesale florist market for the entire New York area. Trucks from all over are there to load up on the fresh flowers they’ll need that day. Flowers in Manhattan by the thousands. What a sight and smell! I’d never been up and out on Sixth Avenue at 6:00 a.m. By 7:00 a.m., all the storefronts roll down their steel doors and wait for the next morning to reveal themselves again. I walked the 30 blocks to Penn Station and dreamt about that night for the 90-minute ride home to Philly.

While the night following the screening of Bob Downey’s film Moment to Moment was pleasurable, my experience appearing in the film was a disappointment. I was disappointed with myself. You see, Bob and I had become good friends. He was shooting in New York, and I was going up there regularly. He just outright asked me,

It was more than an honor to be invited to be part of the film. But I had the experience of feeling honored by Bob before. That crossing of our paths started when I saw a notice in The Distant Drummer, our local underground newspaper, that underground filmmaker Robert Downey Sr. was showing a work in progress at Temple University. My brother was with me, and I said, “Let’s go see the man who made Putney Swope.” It was one of our favorite films. “He’s showing his new movie at Temple tonight.”

“You go and bring him back to my place,” Bruce said jokingly.

I attended the screening. Afterward, I went up to Mr. Downey and said, “I don’t know how you feel about the government of Pakistan. But how do you feel about its hashish?” Bob seemed to like that question. I offered him a ride to the train station so he could get back to New York.

“Sure,” he said. But once we were in the car, I told him I had to make a quick stop at my brother’s place to borrow a hash pipe. We got to his building and rang the doorbell. He lived on the third floor. Bruce opened the window and looked down.

“What do you want?” Bruce yells.

He buzzed us in. From the moment the door was opened, an all-night rap session took place. There we were, in the presence of someone we respected and admired. Putney Swope was our first exposure to an absurdist work of genius. A comedy that imagined a better world, especially for African Americans. Years later, when Downey first met Richard Pryor, Pryor exclaimed, “You mean you ain’t black?”

We spent the next couple hours talking about life and film, the afterlife, religion, sports, gambling, you name it. It was like consulting a human opinionated Wikipedia with questions about every important aspect of life. Eventually, we realized that it was too late to catch the last train for New York. So we brewed a pot of coffee, hot water for tea (for Bob), and kept the conversation going all night. Cocaine wasn’t on the scene yet, otherwise I’m sure I would have had some with me. When I did eventually start snorting coke, I had a vial in my pocket for 13 years. Never a day without a full vial. You can do that when you’re a coke dealer.

A couple months later, I sent Bob a letter telling him if he ever needed any crew members for his next film, I would work for free. I would rather sweep the floor on the set of a Bob Downey film than make a fortune selling stocks for a brokerage company. That’s my motto for living. “It’s not what you do, it’s who you do it for.” The letter (real ink, paper, and a first-class stamp) did eventually open the door to a film role for me.

I remember the day we filmed in a downtown loft, because the night before, I was with a girlfriend who was into Arica, a human potential movement started in 1968 by Bolivian-born philosopher Óscar Ichazo. It was based on Sufism, transpersonal psychology and the teachings of Stanislav Grof. She and the other Aricans living in New York all had penthouse apartments because they believed that being as close to the sky as possible was akin to being on a mountaintop. So, they all had the highest apartments they could find in the tallest buildings they could afford. They hired carpenters to build platform beds right at window height. When you looked out at night, you were looking out and down, at all of down-and-out Manhattan. Maybe it’s not down-and-out for everyone, just the tens of thousands living on the streets and hundreds of thousands doing hard work for minimum wage. The view was magnificent. She and I stayed up until morning getting higher than her platform bed. She was a little older, and very well versed in keeping a young man up all night, so to speak.

When I showed up on the set the next morning, I had a horrific hangover. I regret not showing up healthier because I didn’t do my best acting job. My uncontrolled drug use the night before ruined my scenes, most of which ended up on the cutting room floor. Bob deserved better than what I gave him. I had performed in Philadelphia at local playhouses, and in high school plays, but my performance in Bob’s film sorely suffered . . . as did I. I didn’t intend to do coke and sex all night, but once we got started, there was no turning back on our backs.