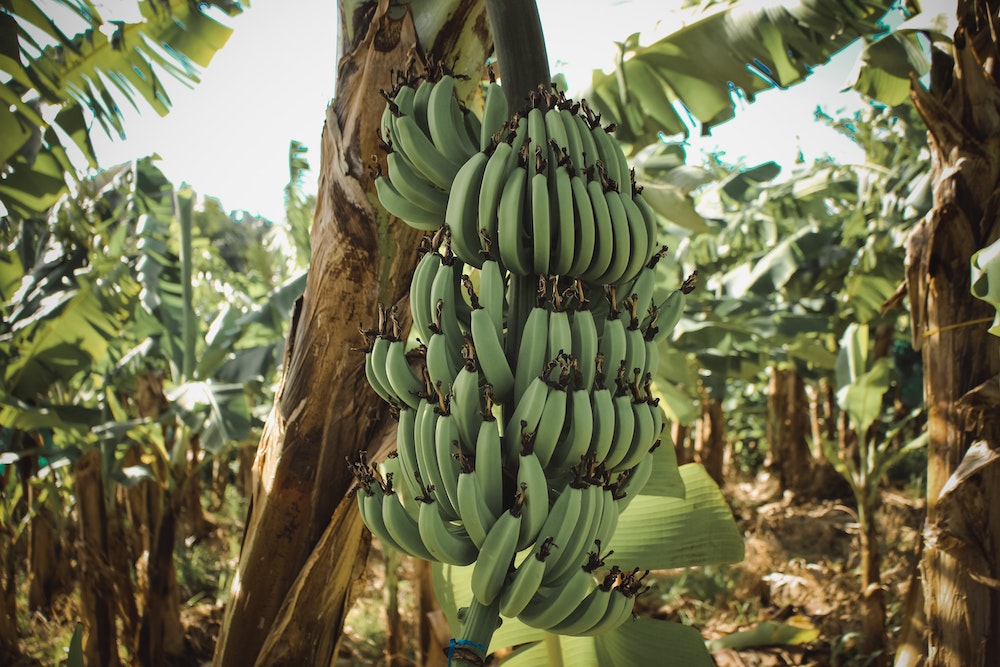 Going To Any Length in The Holy Land: Part Three

Leonard Lee Buschel is writing his memoir, and we’re getting a sneak peek. In previous blogs, he shared the Preface and Chapter One. Now, Leonard shares “Chapter Four: Going To Any Length in The Holy Land.” Read Part One and Part Two of the chapter, then jump into Part Three below.

Bruce introduces me to his new girlfriend, Juana, from Wales, and his friend Albert, from New York. They came to Jerusalem because Albert’s an opium addict and he needed to score. So far, they haven’t scored any opium, but they do have matches.

Bruce tells me that they are living at Kibbutz Metzer, about thirty miles away. He is fairly certain that me and my new lesbionic friends would be welcome to stay there as well, as long as we worked our asses off. We parted that night grinning from ear to earring-less ear. The next day Gertrude Stein, Alice B., Toklas and I hitchhiked the 30 miles. The kibbutz took us in with open unnumbered arms.

It was a young, very progressive kibbutz, and they needed workers.

This place wasn’t one of the showcase kibbutzim where parents on the Upper East Side or Beverly Hills would pay to have their kids put to work on a kibbutz. Teach them how to break a sweat and work on a communal farm, before they returned home to get jobs on Wall Street or at Bank of America. Kibbutz Metzer was a real working communist-style collective where they raised chickens for their eggs, grew avocados and bananas. Lots of avocados and bananas. I really never saw myself as a kibbutznik growing up, but I’d been called worse.

The two girls got their own room. I stayed with Bruce and Juana in their cabin. We worked bagging bananas with burlap to keep them frost-free. We also worked in the avocado fields, where we used shears mounted on long poles to cut off the avocados that would fall into little canvas baskets, the size of a basket on a bicycle. Then we would empty them into a crate, hooked behind a small tractor. The tractor would then end up on a train to Haifa, to be shipped to grocery stores all across Europe, well before guacamole was on everyone’s lips.

We also walked behind flatbed trucks, clearing fields by throwing rocks and small boulders onto the truck to prepare the land for plowing and planting. Teaching me that removing detritus from your environment will help new things grow and yield nutritious goodies.

After about five days, holding my BFF (a paperback book) lying on the floor on my flattened mattress and impromptu sleeping bag, Juana and Bruce are in bed about to fall asleep, or so I thought. I hear them whispering whispers. Bruce peeks out from under the covers, looks at me, and says, “You don’t have to sleep down there.”

“Yeah? Where should I sleep?”

“Up here,” he explained, “Juana wants you in bed with us.”

“Really? Do you mean like three parallel bananas? You’re in the front and I’m in the back?

“You can have the front,” Bruce said graciously, “and I’ll take the back.”

Juana wasn’t saying anything. Masterminds rarely do. It was all her idea, but Bruce was making the presentation. As previously noted, presentation is everything. It was easier for Bruce to diagram the logistics than to diagram this sentence.

It’s got to be warmer in bed with them than here on a mat on the floor.

I wasn’t really sure if they were asking me to a Kosher ménage a trois, or just wanted to warm up, a-la-three-dog-night. It’s December in northern Israel. “Do you mean like the Jefferson Airplane song, Triad?” Juana’s mouth turned into the Cheshire Cat’s smile. Didn’t Truffaut make a film called, Jules and Jim and Juana?

We three had an amazing relationship for the next three weeks.

No jealousies or competition. They were planning on traveling to Afghanistan next. Maybe Israel wasn’t old enough for them, or the red hash not strong enough. And I was going home, eventually, so the third wheel (me) would be coming off soon enough.

There was only enough warm water to shower with for the ten people who woke first on any given morning. Bruce and I worked our asses off every day and ingratiated ourselves with the Kibbutz administrators, while repeatedly penetrating Juana in combinations of sexual positions that would send a Kama Sutra expert screaming for a chiropractor. Juana worked in the kitchen every day. She was enthusiastic, versatile, and maintained her pre-established boundary—I believe that’s called the perineum. There was no sex between Bruce and I, although occasionally we did bump heads.

Our little Welsh rabbit was very sweet—an incredible and edible cookie one can share with a pal. She knew what she wanted, and, being the gentleman we were, graciously complied. I assure you that neither Bruce nor I felt exploited in any way. But since Juana was not even Jewish, Bruce and I said our Berakhahs softly, or in a silent way if we were feeling jazzy. We weren’t sure which prayer would be most appropriate. The one for breaking bread or sipping wine.

A couple weeks into my stay, Yahweh provided a new miracle.

The good-looking lesbian, Paula, suddenly redefined her sexuality bi, inviting me to privately engage with her. A gracious invitation indeed, and I eagerly complied with her request. Remember, Big Ed had given me an assortment of Henry Miller books at Cooper’s Corner the day after he heard I went down on a girl for the first time. Do you remember yours? Big Ed had said that act gave me the right to have an opinion, and I had to read some Miller to learn about how the world really works. And what men and women are really thinking, but are too polite to say out loud. He was right…sort of.

Paula’s requests continued, as did my compliance. She also requested that we keep our affair a secret from her girlfriend. Secrecy, sexuality, betrayal are fraught with potential peril. Perhaps that adds intensity to the sexensity.

For a young man on an Israeli kibbutz, secretly pleasing a lesbian while having three-ways with my best friend’s enthusiastic Welsh girlfriend, is as Jewish as I’ll ever need to be. Bruce and I would take a break from banana bagging, clipping down avocados for grocery stores in France and our nightly sexcapades to travel to Tel Aviv to score our soon to be exported hashish for mom and pop basement drug stores in Philadelphia. In addition to penetrating Paula sexually, I had firmly implanted another kind of seed, this one in her mind that she should become my drug mule.

“You’ll fly back to New York,” I tell her, “wearing a full body stocking and you’ll have twelve bricks of hashish taped to your body and you’ll be given $1,000, by my brother at the airport hotel at Kennedy. You can continue home to Boston, and you’ll be a thousand dollars richer.”

One thousand dollars in 1971 is equivalent to $6,300 today. Perhaps infatuated with my sense of style and confidence, she agrees.

Before her planned departure from Ben-Gurion, we heard a rumor that airport security was starting to search people flying out of Israel. We had some friends who were flying to Istanbul, so we asked them to send us a telegram when they arrived to let us know if it was true, about the searching leaving the country. Sure enough, the next day we got a telegram saying, “BUMPY FLIGHT.” Oh FUCK!

I already bought five pounds of hash in a very dark empty lot in Tel Aviv, doing math by long hand, using butane lighters as our only source of light. I had to change plans. We left the kibbutz and took a bus to Haifa so we could leave the country by ship.

Two hours after we left, the police raided the kibbutz.

We assumed the guy we bought the hash from turned us in, thinking he could make money selling us the hash and then buy it back from the police. When the police arrived at the kibbutz, we were already long gone, and our friends at the kibbutz pleaded ignorance as to where we were. For weeks, they thought we were in an Israeli jail somewhere.

There was an alternative life-style conspiracy theory that Paula’s lesbian girlfriend ratted us out in a fit of jealousy, vindictiveness and her version of betrayal, motivated by my exodus out of the holy land with her Last Supper.

That experience certainly confirms that people ratting you out is a treacherous occupational hazard. If I’ve learned anything, it’s that there’s a knack to knowing who to trust and who not to trust. That’s the advantage of having a well-developed bullshit meter.

The final segment of “Chapter Four: Going To Any Length in The Holy Land” comes out tomorrow—visit the blog tomorrow to see how the chapter ends.