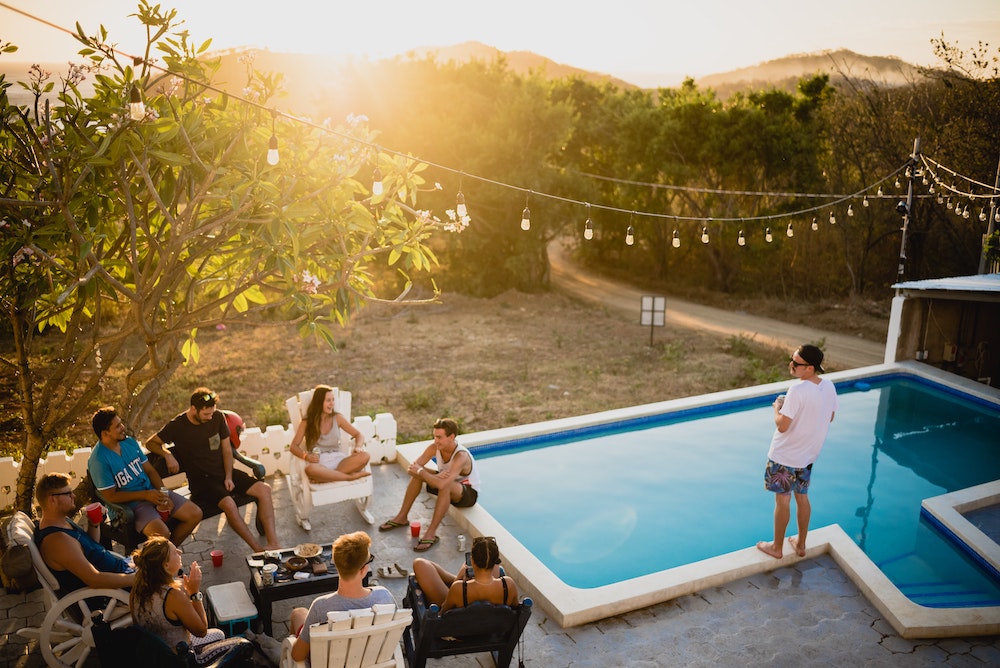 Having a Social Life in Sober Living

One of the biggest fears many people experience when initially getting sober is that their social lives will be ruined.

Many young men in active addiction depend on intoxicants to loosen up in social situations. Without the ability to remove inhibitions by drinking alcohol, spending time around others can seem scary. Many addicts and alcoholics also develop social lives that revolve around substances. The idea of staying sober at a party where everyone else is drinking and abusing drugs can seem intimidating—even absurd. Countless people think to themselves, “Yes, I’d love to get sober—but what about my life?”

Despite these fears, I found that recovering from a substance use disorder in a sober living near me allowed me to build a social life far richer and more fulfilling than the one I had previously. I realized that the alcohol and drug-fueled social life I had before wasn’t even worth holding on to. In fact, if I’m honest with myself, I spent most of my time alone during active addiction anyway!

Sober living homes provide a recovery program for addiction that works very effectively. Living at a sober living home involves living in the same house as other young people who are going through similar issues. During my time at a sober living home, I was finally able to be around other people who understood me. I’d always found that explaining my addiction problems to so-called “normal people” always left me feeling alienated. But at a sober living home, I found my people. They supported me during hard times, and we celebrated during the good times. Within a few days, I’d already made a few friends there. To my surprise, even though I was going through withdrawal, I found myself able to laugh with others, and I didn’t even need alcohol to do so.

In fact, research on sober living homes has shown that the reason they’re so effective at helping people stay sober is due to the social support system they offer. Studies show that the more people you know who are abstaining from drugs and alcohol, the easier it is to do so oneself. I suspect that this isn’t just because of peer pressure, but also because having sober friends makes sobriety fun! Even years after graduating from my sober living home, I remain friends with pretty much everyone I graduated with. We throw parties, go to concerts, and some of us are even roommates to this day. We do all this without even thinking about booze or drugs. Why would we? We’re having fun!

Most sober living homes encourage or require residents to become involved in the broader recovery community. Residents are often expected to go together to daily Alcoholics Anonymous or Narcotics Anonymous meetings, as well as non-12-step-based support groups. When I was at a sober living, I also went to an outpatient group therapy program.

The people I met at 12-step programs and in my outpatient program remain my friends to this day. I continue to go to meetings on a daily basis, since I understand that meeting attendance and working with other people with addiction are the most important aspects of my ongoing recovery. During my year at sober living, I connected with people throughout the vibrant recovery community. By the end of my year, I had even taken up some leadership roles at meetings. Not only was getting support for my own recovery, but to my surprise, I ended up being a role model and a source of solace for others who had less sober time than I had.

What About Old Friends?

During my first few months in sober living, I focused on my addiction treatment. I didn’t go out to meet up with any of my old friends. At first, I worried that I was losing these relationships. After a while, when I had a bit more sure footing in my sobriety, I realized that there were certain people I never needed to see again.

I learned to separate my old relationships into two categories. There were the people I didn’t like much, but liked drinking with, and the people I genuinely liked as human beings. I simply stopped spending time with the first category of people. The second category was a bit more complicated. Not drinking while spending time with these old friends took some getting used to. But I quickly realized that the people who actually cared about me were consistently understanding and supportive of my newfound sobriety. Many old relationships that had hit a rocky patch in addiction were suddenly much better now that I was sober. Most of my old friends were in fact grateful for my change.

David moved to Los Angeles from his hometown in North Carolina after multiple failed attempts to get sober. While living in an all-male sober living, David started to excel as a leader and mentor. These skills and tools ended up being the catalyst for his recovery and ultimately the foundation he has today. David has a passion for helping young men and sharing his experience.