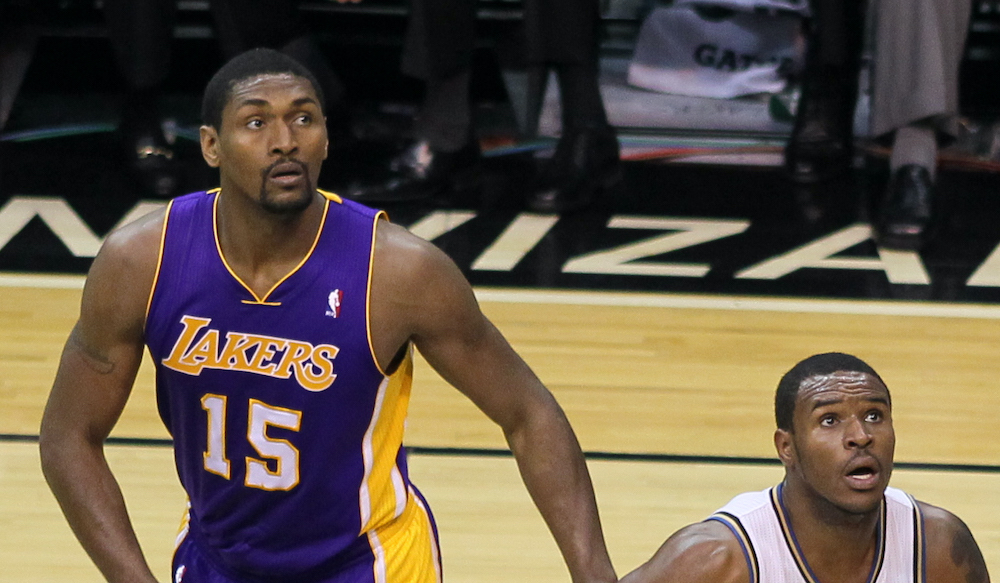 Saturday Night at the Movies Kicks Off on June 13

The REEL Recovery Film Festival is pleased to present the first Saturday Night at the Movies, in association with In The Rooms.

Every month, we will show a free movie from REEL Recovery Film Festival’s extensive library. These films will showcase topics of addiction, alcoholism, process disorders, mental illness, co-dependence and recovery.  There is so much misinformation and stigma in the world regarding these issues, yet overdoses, substance abuse, depression and suicides continue to plague society. Our mission is to use film as a multi-sensory medium to entertain, inform and enlighten.

I don’t think film can change the world, but a film can certainly change an individual, and isn’t that where change begins anyway?

The premier film is Quiet Storm: The Ron Artest Story.

Anyone who’s been a fan of basketball over the last 20 years has an opinion about Metta World Peace (formerly Ron Artest). Maybe even more than one opinion, and perhaps a few questions, too. This raw, honest and clip-filled film addresses and answers most of those questions. Moreover, this may be the closest you’ll get to watching basketball right now!

Quiet Storm takes the viewer from Metta’s earliest beginnings, playing ball in one of the roughest neighborhoods in Queensbridge, Long Island, during the height of the crack wars. Through a storied college career at St. John, to his the erratic rage-fueled days with the NBA that culminated in an 86-game suspension and $5 million fine after his involvement in the infamous “Malice at the Palace” brawl in 2004.

Quiet Storm is filled with interviews with teammates. Most notable are interviews with Jermaine O’Neal, Lamar Odom and Kobe Bryant. These players shed light on what it was like to play with this brilliant but troubled athlete.

But Metta’s story doesn’t end in missed potential and broken dreams. In 2010, while playing with the Laker’s, he scored the series-winning basket, with a 3-point shot that gave the Laker’s their 26th NBA championship.

He has gone on to coach, play and has a lucrative clothing line. All of his endeavors are profiled in the film, including his short-lived career in the music business.

Metta may be best known for being an advocate. He raises awareness and money for mental health charities. Additionally, he is instrumental in encouraging other athletes and actors to go public with their depression and other diagnoses. His honesty and openness is what will stick with you after seeing the film.

Ahbra Kaye is the producer and curator of the 12 year-old REEL Recovery Film Festival and Symposium. The film festival is both a joy and a challenge that she is excited to continue in the virtual realm this year. Streaming November 6-12 on the REEL Recovery Film Channel. She is proud to be 4 1/2 years sober, a 3rd generation Angeleno and mother of 3 to Josh, Jordyn, Ellie, and two dogs, Abby and Butters.