My name is Leslie, and I’m a sober executive, CEO of Reach Out Recovery. I stopped drinking 13 years ago (August 25th is my sober date) to support my loved ones in recovery. It was the best thing I ever did. You simply can’t imagine how challenging it is to give up something you love that everyone else is doing until you step into their shoes. I wish every sober executive and employee had the freedom like I do to speak up without fear of ridicule or embarrassment. People still ask me why I don’t drink alcohol. Instead, of putting me on the spot, it gives me a chance to share a positive lived experience with addiction. My not drinking has helped save my family and drive the mission of Reach Out Recovery. Who wouldn’t be proud of that result? Now, I’m interested in other sober executives, like Chris Anthony, whom I interviewed recently. We’ll hear what he has to say, but first I have a question.

Why aren’t there more sober executives speaking out?

Sober executives are the people we’d love to see in every business, but how many do you know who are willing to come out about their recovery and then make connections to everyone else looking for support? Do you know a judge who’s been arrested for a DUI, then hides his recovery when he returns the bench? We do. How about the doctor in recovery, the reinstated pilot, the financial services person? These people in recovery are in your life whether you know it or not, and they are doing good everywhere.

Sober executives, employees, and CEOs are all around you

Millions of people are in some form of recovery from drug and alcohol addiction. In fact, 75% of people who go into recovery achieve their goal. The number, loosely, is 22.3 million. This may come as a surprise to you because nationally we have not been able to stop the rise of addiction and death. So, here’s the question. If 22.3 million people are in recovery why is it such a secret? Why don’t we see these people everywhere? Why haven’t executives in recovery changed their workplaces and led the charge to normalize the recovery journey, which is, after all, an integral part of the American experience.

The conflict between anonymity and honesty 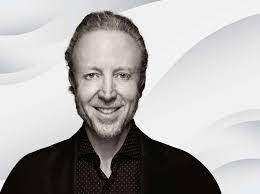 Chris Anthony, our spotlight sober exec, did not choose the Alcoholics Anonymous path to his recovery. AA requires that you don’t tell people you’re in the program. Anonymity is a founding principle, and I think the silence may have been a barrier to the acceptance of sobriety and recovery. If you don’t know who’s a successful recovering addict, then you think recovery isn’t possible and isn’t happening. Another principle is honesty. The two are in direct conflict with each other. Keeping silent about sobriety is also a cultural thing. Many businesses have drinking as part of their culture. They don’t make sobriety easy, or even safe.

Why did Chris Anthony, VP at the tech company Salesforce come out about his recovery

I asked Chris how recovery changed him and why he came out. In January 2020, the Vice President of U.S. Consumer Goods at Salesforce was coming up on his 15-year mark of sobriety. He told me the fact that he was not more open about his recovery was weighing heavily on his mind. “In all my years at Salesforce, I have never felt pressured or less of a person for choosing not to drink, but I’ve heard so many horror stories from others in our industry about being hazed over not drinking,” he said.

Was there something specific that inspired you to come out? I asked. “Fifteen years is a long time,” Chris told me. “I was starting to see how much energy I put into not talking about it, rather than being proud of it. A few different events affected my thinking, but one of the most unanticipated sources of my inspiration came from a handful U.S. Navy SEALs I was working with.”

Chris Anthony is a sober executive and business mentor

Chris is the Civilian Co-lead of the Los Angeles Forward Operating Base (FOB) for SEAL Future Foundation (SFF) and an active mentor supporting U.S. Navy SEALS’ transition into successful business roles. He told them about his recovery and was surprised that the tough gritty bunch felt hearing about Chris’s sobriety was helpful and “very cool.”

Other Veterans also told him how much his story inspired them, and they encouraged him to share it. Sharing helps to lift the stigma. On June 20, 2020, Chris followed their advice and published a blog called “Today I Celebrate 15 Years of Sobriety.” With a pounding heard and a terrible fear of backlash, Chris posted his blog on Linked-In and Instagram. Within an hour the opposite of a backlash occurred. Encouragement flooded in from people all over the world, some even asking for help to get sober. Chris was elated and now was guided by another principle of recovery, which is service to others.

“I went from hiding in shame to making myself fully available to anyone that needs help,” he said. After Chris went public about his sobriety, he created the social handle The Sober Exec ((@thesoberexec) and a website by the same name.  The response was immediate and has grown quickly. The Sober Exec his way of showing that a healthy lifestyle helps to normalize and de-stigmatize the recovery journey.

The sober executive made his company recovery friendly

Chris’s leadership became mentoring for other employees in his own company and a model for other businesses to become recovery friendly. “When I ‘came out’ about my sobriety, three other executives at Salesforce approached me sharing that they also were sober and were excited to see me speaking out about the topic,” Chris told me. The four sober execs quickly met to share their recovery stories and realized there was a fantastic opportunity for them to make an impact against the stigma of being in recovery in business.

Salesforce is such an incredibly forward-thinking company. We realized we could be helping our own employee base and also setting an example for other corporations.

“Our company has many employee-led resource groups and we quickly founded SOBERforce (a variation on the Salesforce name) to create an internal community that would connect those in recovery or family members,” Chris added. “Most importantly, it opened the door to others asking for help.  Now other companies are coming to us asking how to create similar groups in their companies.”

Check out The Sober Exec to learn more about Chris.