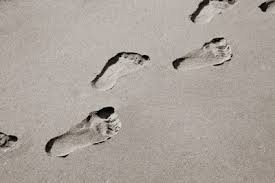 Last night I drove to a meeting where I was asked to speak about my experience with addiction. That relentless butterfly in my stomach began flapping its wings a bit faster, my heart quickly followed suit. A growing anxiety that I would be the epic failure of the century.

It was night, a silent static in the air. Resting in my chest.

What if they laugh at me?

What am I going to say?

What if they judge every ridiculous word?
Typical thoughts as I drive to my execution. I can only imagine the thoughts of a man walking down death row.

Google directed me to a neighborhood I had never been before. Run down homes, a gas station, a few people had already put up dangling strands of Christmas lights. I can’t believe it is already the holiday season. Thanksgiving had just wrapped up. Pale, cream colored homes stained by orange street lamps and the shadow of night. My headlights painted the way before me. No one else seemed to be alive tonight. All shut in.

I used to buy drugs in neighborhoods like this one. That single thought pulls me back as if lassoed by a mental leash. Back to nights of driving, hunting, hopeless. To nights of aimlessly trolling streets, no purpose, unless trying to find drugs. Usually waiting for a phone call from my dealer, anxiously counting the seconds. I had been addicted to nights like this. To the search, the solitude, the mystery of night. It wrapped me in a melancholy security blanket.

Because tonight I know those uncomfortable feelings stem from fear. Tonight I know it is healthy fear, the fear of wanting to contribute something of substance in an AA meeting. To do something good. To be accepted by my fellow alcoholics. It’s a human fear. One that I know can only be faced head on. To walk out in front of a room full of addicts and say, I’m an Alcoholic, my name is Ryan. To do what the program has taught me and let go. Turn it over to something greater than myself, to be open and honest.

Because that is all I can do.

I can’t help but smile. Those nights, only a few short years ago, I would have been in a dark place. But on a Friday night at 7:09PM, I’m driving to an AA meeting to share my experience, strength and hope.

A few minutes later I am in the parking lot of an old church. A few kids playing basketball under the glow of a street light. I see two white treatment vans pull up and unload about twenty guys.
There are those butterflies again.

Oh God, I thought, maybe I should just leave. Tell the chairperson I suddenly got massive diarrhea or something.

I call him instead to say I am here. Jesse walks out and greets me in the parking lot.

“Hey man, thanks for coming. Looks like we’re gonna have a crowd tonight.”

“Yeah,” I said, trying not to show my nerves, “They told me there’s usually just like twelve people at this meeting. That’s cool though. Thanks for having me come speak.”

“Yeah, usually depends on if the drug buses come. We got some of the treatment centers here tonight. Come on, let me introduce you to everyone.”

But I know the only way to face it today is by walking through it. If this program has taught me anything, it’s that it is OK to be fearful. But I have to put one foot in front of the other and trust that God’s got my back.

Maybe on autopilot. Because something other than me pulls my body into the church.

Jesse introduces me to the main group members. I smile, shake hands. Trying to act cool and calm, of course, like this is no big deal whatsoever. Fake it till you make it, right?

Minutes pass, people pile in. Two tables on either side of me are filled with group members, while several rows in front are a sea of kids in treatment. Tattoos, hunched over, arms crossed. I remember being in that seat once, not long ago.

I give a little prayer, God please use me as a channel. Speak through me and allow me to help at least one person tonight. Thy will not mine.

Never thought I’d be a person to pray.

I introduce myself and begin.

One foot in front of the other.

I got out of my head and my heart took over. God took over. And for the next thirty or so minutes I stepped aside and let the words fall from my mouth.

I was still alive.

No one threw any stones.

But I could see light in their eyes. I knew a message had been delivered.

After the meeting a bunch of people came up to shake my hand and say they enjoyed the story and message. I felt a huge weight lifted. As I started to walk away, a kid no older than twenty-two or so came up to me. He was tall, lanky, arms covered with colorful tattoos, wearing an over-sized flannel and jeans. He looked to the ground and back to me and quietly stammered a few words.

“Hey, what’s up?” I said. I could tell he was new in the program and more than likely in treatment.

He said a bit more, but spoke so softly.

“I’m sorry, it’s hard to hear you.” I smiled, wanting to make him comfortable.

He began to open up about how he just moved to South Florida from Tennessee for treatment. He was struggling with anxiety and the newness of early sobriety. I think he had six days.

“It’s been really tough and today was a really hard day,” he said. “But thank you for your share. I feel a lot better now. I got a lot out of hearing you.”

I couldn’t hide the smile on my face. I understood where he was and what he was feeling. It was fear. There was so much fear in early sobriety. I knew it was a God moment. Sharing time with this kid. He was the light at the end of the tunnel, the hope, the reason for facing my own fear tonight. For putting one foot in front of the other. God has a way of making us face the uncomfortable to find something beautiful. Something we never could have conceived on our own. Because it is too pure and simple in it’s complexity. A moment shared. The exchange of one alcoholic helping another. Knowing that he may be having a better day, that today he more than likely will not pick up a drink. It makes the years of my own struggle and active addiction worth that very moment. To help someone else. Someone who is still in those nights that I remembered while driving to the meeting. Those dark nights in dark places.

We talked for a bit more. I told him the hard days never go away, we need them. There has to be a balance of the good and the tough. But we have an opportunity now to learn how to manage those hard days, and have a better life than we could have imagined.

“You just have to put one foot in front of the other,” I said. “It’s that easy and that hard. It’s all we can do to keep going and walk through the tough stuff. Because there is always a light at the end of the tunnel. And something greater than you has a plan. God always has your back. You need to walk through it with faith. One foot at a time. Baby steps.”

“That’s what it feels like,” he said, now smiling with a laugh. “A lot of little steps.”

And he was right.

He walked out, one foot in front of the other.

Hopefully a little more easily than when he walked in.

If you like what you’ve read, check out Ryan’s blog for more shared stories and experiences in recovery. TwelveOneFive.com