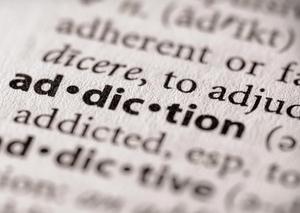 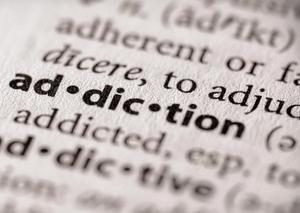 In the last several of years, a small sub-faction of therapists, primarily those who label themselves “sexologists,” have publicly and vociferously argued that sex addiction is not a real disorder. Most recently this occurred with a wildly misinformed article published in The Therapist. (If you’re curious, you can find that article here.) Interestingly, these folks freely admit that “some people do experience sexual behavior that can become problematic, even dysfunctional or unmanageable.” That, of course, leaves many people, myself included, wondering why, exactly, these sex addiction deniers are so busy shouting about “the myth” of sex addiction.

In The Therapist and elsewhere, these therapists have routinely ignored both clinical realities and a significant amount of sex addiction focused scientific research, instead offering a wide array of mostly spurious rhetoric to support their viewpoint. Below I will note the various arguments I’ve read and/or heard, debunking each of these myths with the truth.

MYTH: Sex addiction does not meet the standard criteria for addictions.

REALITY: Generally speaking, three primary criteria that are used when diagnosing addictions (of any kind). These benchmarks are as follows:

Sex addicts display these signs every bit as often and just as problematically as other addicts. If you don’t believe me, just go to an open meeting of any 12-step sexual recovery group (Sex Addicts Anonymous is the largest of these communities) and listen to people talk about their addiction and the problems it has created.

REALITY: Sadly, this fear is not entirely ungrounded. There are at least a few moralistic therapists who will happily misapply the sex addiction diagnosis, using it to marginalize and pathologize any and all sexual behaviors that don’t mesh with their personal or religious belief systems—homosexuality, fetishes, casual sex, porn use, premarital sex, etc. However, these clinicians are NOT Certified Sex Addiction Therapists (CSATs). CSATs are taught to accept and embrace all forms of sexual activity, so long as those behaviors are not harmful to self or others. No CSAT would ever diagnose a person as sexually addicted simply because he or she was enjoying “unconventional” sex. Being gay, lesbian, bisexual, or into a fetish does not make you a sex addict any more than being straight and only interested in missionary position sex with your legally married spouse makes you a sex addict.

MYTH: Sex addiction is impossible to define and diagnose.

REALITY: Sex addiction deniers often ask, “How much sex is too much sex? And who gets to decide?” This complaint illustrates their lack of understanding about not just sexual addiction, but addiction in general. As an analogy, consider alcoholism. How many drinks is too many? And who gets to decide? Well, the answer is that there is no set amount of alcohol (or sex, cocaine, gambling, or whatever) that causes a person to be diagnosed as addicted. Nobody gets to say how much is too much, because that is not how addiction is defined. Instead, as noted above, addictions of all types are defined by obsession, loss of control, and negative consequences.

REALITY: Sex addiction deniers argue that the label “sex addict” is just an excuse for people caught in embarrassing, objectionable, and/or illegal sexual situations. And some people do try to use addiction as a defense or justification for their problem sexual behaviors. Generally these individuals are hoping to avoid or at least minimize the judgment and/or punishment they experience. Sometimes they actually are sexually addicted, but just as often they are not.

MYTH: Scientific research does not support the concept of sexual addiction.

REALITY: Sex addiction deniers continually assert that there is no scientific evidence backing the concept of sexual addiction. In so doing, these individuals either ignore or discount a significant amount of highly credible research. Most of this research is summarized in a 2009 position paper commissioned by the American Psychiatric Association and written by Dr. Martin Kafka. And since publication of Kafka’s paper we’ve seen several other significant studies backing sexual addiction.