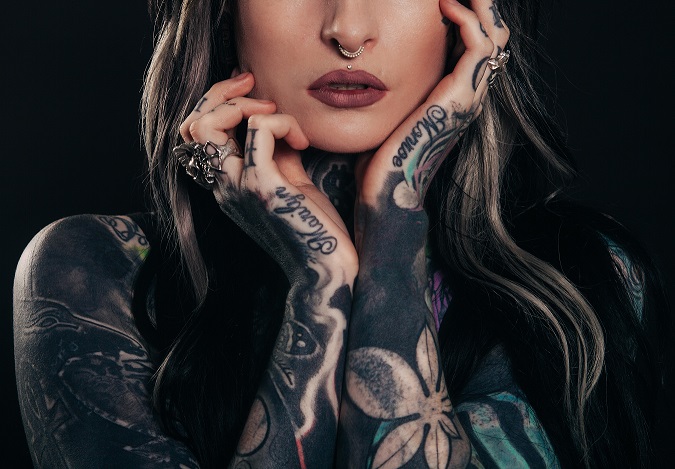 Tattoos: Just a Love of Body Art or an Addiction?

30% of Americans have at least one tattoo. This 2019 data comes from the research firm Ipsos, which conducted the same poll in 2012 and found that 21% of Americans were inked up. A nine-percent increase in seven years is not negligible. It shows that people have less qualms about permanently inking their body, a practice that had long received stigma. While tattoo destigmatization is overwhelmingly positive, it can abet compulsive behavior. In other words, tattoos can be addictive – but not in the way you think.

56% Of People With Tattoos Have More Than One

The majority of people who get one tattoo get another. Although addiction alone can’t explain this fact, it’s a testament to how enjoyable the process is for many people – and how satisfying its results are. The quantity of return customers may come as a surprise to some, especially those who are averse to pain, but pain is one reason why getting tattoos can be addictive. People don’t limit themselves to one painful tattoo or even two painful tattoos. The average number of tattoos on a tattooed person is four. A significant portion (11%) of people with tattoos have ten or more.

There Is No Clinical Diagnosis

No professionals have clinically diagnosed tattoo addiction, but the drive of some people to get tattoos can fit the definition of addiction. The American Psychiatric Association defines addiction as a “brain disease that is manifested by compulsive substance use despite harmful consequence.” While “brain disease” may not apply, getting tattoos can be seen as compulsive substance use, pursued in spite of the harm it causes.

Research suggests that people sometimes choose tattoos for the rush. They may then come back for that rush as if it were a drug. Adrenaline, endorphins and slight, controlled pain are powerful motivators inherent in tattoo obsession, says Authority Tattoo. However, it can’t be emphasized enough: while getting tattoos can be a manifestation of addictive behavior, the practice itself hasn’t been found to be addictive.

Tattoo Addicts And Their Treatment

People usually use the term “tattoo addict” to describe those covered in unusual, distinctive amounts of art. The “Lizardman”, a sideshow performer whose entire body is tattooed to make him look like a lizard, comes to mind. Despite how extreme his case is, it doesn’t mean that Lizardman actually has an addiction. In all likelihood, he did it for attention in his role as a sideshow performer.

But for those with addictive personalities who use tattoos as just another fix, there’s treatment. They can treat their underlying condition the same way substance addiction is treated: careful therapies such as dialectical, biofeedback and cognitive behavioral therapy.

Tattooing can be an unhealthy obsession, but it’s not an addiction – at least not in the clinical sense. We have no medical diagnosis for tattoo addiction. However, because getting tattoos can become a compulsive practice with harmful consequences, it mirrors other addictive behaviors.