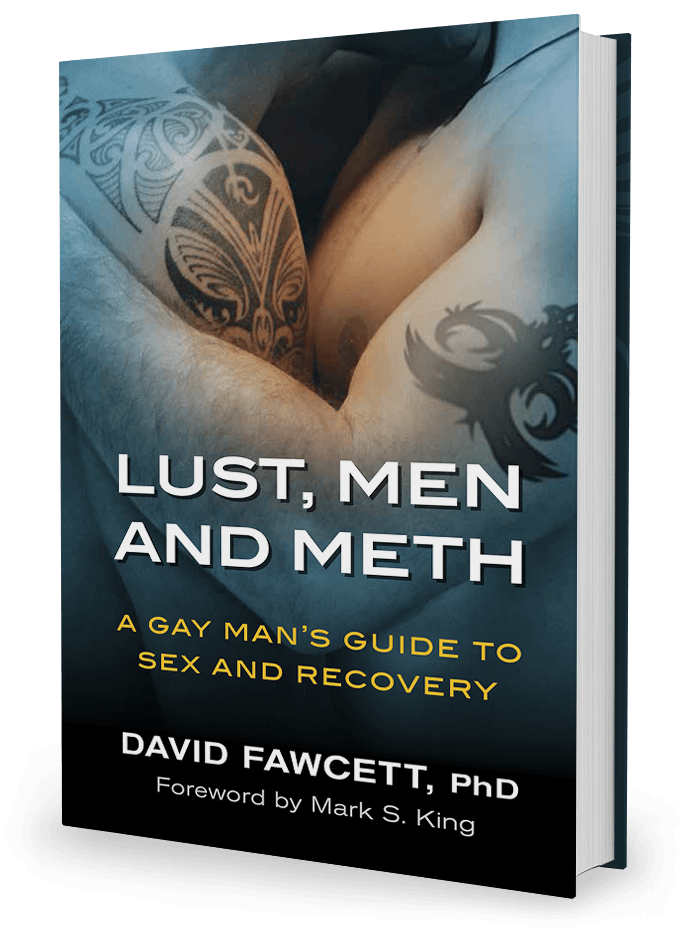 Does Your Sex Addiction Drive Your Drug Addiction (and Vice Versa)? Robert Weiss 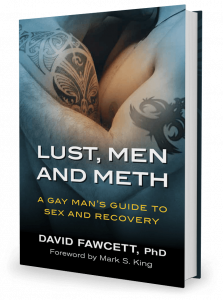 Early this year, David Fawcett, author of Lust, Men, and Meth: A Gay Man’s Guide to Sex and Recovery, and I conducted a seminar on the links between sex addiction and substance addiction – in particular methamphetamine abuse. David is an expert on meth addiction, especially in the gay community, and I am an expert on sexual addiction. Over the course of our careers, we have both seen a linkage between sex and drug addictions, with meth being the primary substance of choice.

This is an issue that I too have written about – in my books Sex Addiction 101: A Basic Guide to Healing from Sex, Porn, and Love Addiction and Cruise Control: Understanding Sex Addiction in Gay Men. In those publications, I discuss a wide range of cross and co-occurring addictions pairing with sexual addiction, with a focus on meth, as it seems to be the sexual drug of choice. Though I do not delve too deeply into this fusion in my books, I do state that paired sex and drug addictions are double-trouble in terms of relapse because there are two different sets of triggers to deal with. I also note that relapse with one half of the addiction almost inevitably leads to relapse in the other, so the problems need to be dealt with simultaneously if an addict hopes to maintain lasting sobriety.

In recent years, meth has become more affordable and available, turning meth-sex addiction into a bit of an epidemic. For evidence, one needs to look no further than Crystal Meth Anonymous (CMA) meetings, where half or more of the members who relapse say it was sex that took them back out, and 12-step sexual recovery meetings (SCA, SAA, SA, SRA, SLAA) where we see the flip side of the story, with substances (especially meth) leading to a high percentage of slips and relapses. It is clear that in both programs, meth abuse and sexual compulsivity are intertwined for many members.

David discusses fused meth-sex addiction in detail in his book, examining the latest information and research. Thankfully, he has compiled, evaluated, and presented this information using reader-friendly language (instead of getting incredibly technical, as many medical and psychiatric writers tend to do). He also uses real-world examples to bring the information to life. Consider the story of Mike, illustrating the loss of sexual capability experienced by many male meth addicts:

He was in a near panic about his health. He revealed that he had been treated several times for both syphilis and gonorrhea, and although he still tested negative for the HIV virus, he lived with the constant dread of seroconverting. … He listed other costs extracted by his drug use, including losing his partner of six years as well as his job. He was on the edge of financial disaster and was about to forfeit his house. He then went on to describe an even more devastating consequence of meth use. The fusion of drugs and sex had left him, as he described it, “sexually broken.” He said, “I feel like a sexual cripple.”

I can’t even begin to tell you how many times I’ve heard a variation of this story from my male clients. At first meth is used to enhance sex, but then, over time, it destroys the ability to achieve and maintain an erection, which pretty much ruins sex.

Though David’s book is written about and for gay men, I think that any person who abuses both meth and sex, regardless of gender or sexual orientation, will benefit from reading it – especially the parts where he describes the effects of meth/sex addiction on the brain. At one point he writes:

The flood of neurotransmitters released by meth, most notably dopamine, quickly depletes the brain, resulting in an ongoing depression. While molecules of other drugs such as cocaine are quickly washed away, meth lingers on the [dopamine] receptor, ultimately destroying it. This results in an especially prolonged period of recovery as the brain literally ‘rewires.’

If David’s and my statements about the addictive pairing of meth and sex sound dire, they should, because this fused addiction is absolutely devastating. The good news is that with time, effort, knowledge, and proper direction, people can (and do) recover and heal. But only if and when they are willing to address both halves of the addiction simultaneously.

For information about healing from sex addiction and other addictions, check out my website and also David’s website. For treatment referrals, click here, here, and here.