I thought I’d have an Oscar by now. No really.

When I got sober in 2002 I was motivated by two things: A Cowboy named Pete and the possibility that if I got sober my dreams of fame and fortune would come true.

I did end up with something better, but the way it all happened was entirely unexpected.

The day I became abstinent from drugs, October 14, 2002, was the same day I left a relationship I had been in for nine years which should have lasted two weeks.

I say it should have lasted two weeks because that was the first time my ex broke up with me. That was when I quit drinking, thinking I could get him back. And I did. But he broke up with me seven more times in the nine years we dated–always with another woman waiting in the wings. And seven times I took him back.

So this day, October 14, 2002, was a day of liberation for me in more ways than one. I was letting go of the drugs that had made it possible for me to stay in this relationship despite the brittle state of my heart.

But if I’m honest, the only way I was able to leave was that this time I had someone else waiting in the wings. The aforementioned Cowboy. Who shared with me that he was in recovery. And who then ghosted me when he realized I was not (and needed to be). But he had told me where he attended recovery meetings. And I went there, looking for him.

So, stalking got me sober. But it very quickly thereafter made me miserable.

I was single and struggling for the next twelve years. I did my best to behave myself, and I regained some dignity. But the love I wanted slipped through my fingers. There were plenty of men who wanted to date me, but I wasn’t interested in any of them. I seemed only to want the ones I couldn’t have. I read all the relationship books, I did all the therapy, I went to all the workshops, and I would have sworn I was the most available person in the world.

I would have been wrong.

For my fortieth birthday I planned a trip to Paris with a girlfriend. She flaked out a few days before we were scheduled to depart. But I had made a nonrefundable deposit on my hotel room. So I went alone. What a loser, I thought, as I boarded the plane. But my ten days in Paris were extraordinary. I ate croissants and walked along the Seine, I went to recovery meetings in a gothic Cathedral, and I found that traveling alone was actually ideal.

That led me to spend a summer in Prague, CZ and then in Venice, Italy. Turns out there are recovery meetings there too! Turns out I have friends all over the world that I just haven’t met. By this time I had begun to meditate and my emotional regulation skills were improving to say the least. It seemed also to have also upleveled my acting skills, but the more I meditated the less I wanted that Oscar I had dreamed about.

In Venice I met an Italian man who I thought was my soul mate but he was in the midst of a divorce and, again, unavailable. I’d had it. When I got back home to Los Angeles, I made a decision. I was done. This was when I created my love map. I had a specific set of boundaries that I would honor. Experience told me if I could do that, it would keep me safe.

The following summer I went back to Paris. That was when I met a handsome French outlaw named Benjamin. I had my plan and I followed it. For the first time in my life I actually knew the man I was falling in love with. He was still my type – a little bit dangerous but sweet. But I respected my boundaries and so did he. We dated long distance for the next three years, and in 2017 I moved to Paris and we signed a French civil partnership agreement called PACS. This November will be our five year anniversary.

If I’m honest, I still feel a little envious when I see my friends on TV–all those actors who used to be my scene partners back in LA. But now I’m using my acting skills in service of my healing journey. As a Relationship and Recovery Coach. I have a mission to bring more love into the world, one heart at a time, starting with mine! I say that because I know I can’t give away what I don’t have. So I continue my own journey, and I pass on what I’ve learned  to the ones who are a step or two behind me. There are so many who helped me along the way, nobody does this work alone. And every now and then that Cowboy will like my reels on instagram, and I feel a special gratitude to the man who didn’t love me for helping me become available for the one who does.

On October 8, 9 and 19th I’m giving a Free Talk online, IS IT LOVE OR IS IT ADDICTION, if you relate to my story come out and take a listen and join me in my mission!

Link for the workshop: www.dufflyn.com/freetalk

Dufflyn Lammers (CPC, CAI, CRS) is an international Relationship & Recovery Coach, Writer, and Speaker. In her international coaching practice, she specializes in women’s intimacy issues (including She Recovers). She presents workshops at treatment centers and conferences, both in-person and online. Her workshops use improv games and creative writing to teach resilience, emotional intelligence, communication skills, and recovery skills through the power of play. Originally from Palo Alto, California, she now lives in Paris and works remotely with people all over the world. 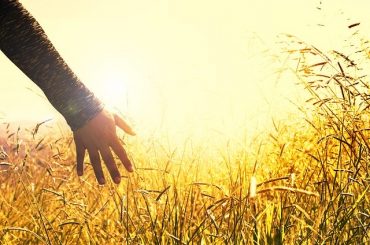 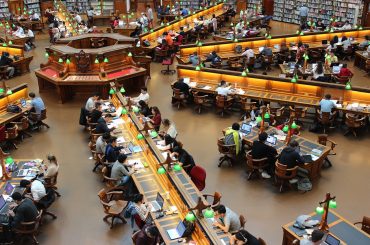