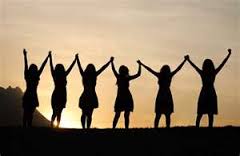 A Story Of Transformation – By Christine Campbell

I’m approaching another sobriety anniversary, and God willing I will celebrate twenty four years on the twenty eight of January. What a ride it has been for sure. I finished my final project for my Master’s degree in Advanced Studies of Human Behavior last Spring. I am an A student, and I put my all into my work no matter what the task or requirement is.

I think back to the ninety two pound near death mess I was upon my final surrender to alcohol and drugs. With my sponsors (and her sponsors) strong suggestion of long term treatment, I went out to Los Angeles, to one of the two sober living places available in the country where women and their children were accepted. My heart was breaking watching my then four year old by my side, trusting me completely, and offering support in her own way. “Mom, don’t you know I love you no matter what?” her tiny voice would exclaim on a regular basis.

No more beautiful words have ever been spoken to me. How I loved and cherished her constant encouragement. She would often say “Mom! You rule.” The shame and guilt were so overwhelming at times. Women die of Mommy guilt every day. I felt it so deeply and is now something I can spot in others easily. We are forced to minimize and lie about what is really going on in shame and fear of judgement, punishment, and retaliation for having an illness.

I had a series of ‘mini strokes’ (not so mini when they happen to you) and could not even get through the intake process at the facility I was entering. I was unable to even remember my age. It was frightening – terrifying actually. I am eternally grateful for the women staff at this place. They loved us and taught us that loving ourselves was the beginning of recovery. Sticking with a day of chores, lectures, meetings, and the hardest part-living with others for a year, kept us focused and taught us the importance of routine.

The place was always at capacity. Twenty one women and their children – three was the maximum – so I lived with forty eight people plus staff. I wondered how some of the women decided which three of their five or six children got to go with Mommy and who had to stay behind. Such a horrific position for any woman to be in. Many were court ordered yet still chose to run knowing the severe consequences of the loss – maybe permanently – of their children. I threatened to leave many times. It seemed impossible to get sober and live with all of these insane people.

I finally made a decision to surrender to the situation and not run from the women’s facility.  Really I had very little other options if I wanted to live.  I had to find a way – plan B as was suggested – and do whatever I had to do to get well. I began to get up at least an hour before all hell broke loose, and sit with Gwen, the night manager with thirty six years of calm, loving sobriety. She taught me to just be, to rock myself in a rocking chair on the porch while we watched the sunrise. We would sit every morning and she would listen and smile and encourage me.

The ‘Big House’ as we called it, was the main hub of the operation. We ate, had lectures and other activities throughout the day. We also brought our concerns to the staff here in the hopes of resolving differences. And there were many. We were all housed in six small houses on the property. Living in such close proximity to other women and their kids brought a lot of unrest. My crafty manipulative brain had to find some quiet – some way to survive this constant bickering which was downright brutal at times, and not run.

I found my quiet and solace in the kitchens, where I was voted in to be in charge of preparing and cooking meals. My Grandmother taught me to cook, something I’m very grateful for to this day. It was a huge country kitchen full of donated food to use. I cooked three great meals a day, including desserts from scratch. I used this quiet creative time to think about and talk with God. I had this gig for months and finally stepped down to let someone else have a chance. After about two weeks of not so great meals, I was voted back in the kitchen for the rest of my year long stay. I had no problem with that!

My roles of responsibility grew and I took on a leadership position I had been nominated for. It was helping me to increase my own self-esteem by mentoring other women in the facility. I thrived in this new position. Not only was I helping other women but I was also discovering what my own strengths and talents were. One particular women that comes to mind was so fearful and afraid. Her five year old was not potty trained and still drank from a bottle. She struggled to provide even basic support for her children because of her alcoholism. Eventually I figured out she couldn’t read and discovered I had the ability to connect with people on a very deep level and offer support that many were too afraid to ask for. I’ll never forget the smile on her face when she knew I could see her fully. She was my constant companion for the next few months.

I also accompanied the other women when they needed to go to court for child custody issues. It’s hard to support a grieving mother who just lost her six children permanently. I watched that mother hold her six month old baby in her arms and the fear of her fourteen year old son as the judge made his ruling. I crumbled that day right along with her. She needed support and help, not to have her entire family ripped apart. That day I swore that I would do all I could to highlight the plight of women in situations like this.

It took 2 years of my sponsor reminding me “its registration day” at a couple of colleges before I actually showed up and signed up, and finally I get my Degree. I believe it is my path to be a truth teller, advocate and comforter. My own early learning and ability to connect with other women came from my own horrific path, including losing my first born to Sudden Infant Death Syndrome (SIDS). On one particular day I noticed that nine out of twenty four of my clients had lost children to SIDS. It is an all too frequent reality for addicted women to lose babies like this. Also nine out of ten addicted women have been sexually abused, raped or tortured at some point in their lives. These are damaged women trying to survive with the awful realities of these events in their lives. Further punishing them only reinforces their worthlessness in their own minds and those of their children.

We must get down to causes and conditions and discuss solution-no matter how painful it is. Clearly the reason so many women become addicted is due to trauma. The stigma still attached to women in crisis and the undermining of women in society in general, plays a large part in relapse and the tearing apart of families. This issue cannot be brushed under the carpet and ignored. It is truth. A fact of life albeit a disturbing one. Only by speaking out with loud voices and believing that we matter can women redefine ourselves as independent victors in your own lives.