Chapter 17 of HIGH Confessions of a Cannabis Addict

This week we bring you Chapter 17 of  HIGH Confessions of a Cannabis Addict By Leonard Lee Buschel. Leonard Lee Buschel is an American publisher, substance abuse counsellor and co-founder of Writers in Treatment, which supports recovery and the arts, and executive director of REEL Recovery Film Festival, focusing on stories of addiction and recovery. This week, we bring you the Preface to whet your appetite. Follow us weekly for more delicious chapters of this incredible story.

It does not matter how slowly you go, as long as you do not stop.

As an adult with an asthmatic’s rescue inhaler in his pocket, all the time, I always felt like the little boy in school with an elevator pass. I never let anyone see me use it. I was embarrassed to reveal any physical weaknesses. If I was on a date and suddenly needed to use the inhaler (which I did 20 times a day), I would make up a reason to tell my date to look at someone behind her and sneak a whiff while she was turned away. Today I feel as strong and whole as anyone I meet, work with, or look up to. How did that happen? Some savior creep pulmonologist gave me a sample of a new medication called Dulera.

“Take it two times in the morning and two times at night,” he said. By the end of the first afternoon, another Western medicine pharmaceutical miracle happened. My asthma was gone, and the need for a rescue inhaler vanished completely. I haven’t used a rescue inhaler since that day (except when I had a bout of COVID-19, February of 2020). Dulera made me into a man—no longer umbilical cord–like dependent on my pocket inhaler. I use Dulera once in the morning and that’s all I need for easy breathing.

Until I was 62, I was that boy with his secret asthma inhaler in his pocket, still embarrassed because I didn’t want anyone to see me with a breathing weakness. Now, with Dulera, I can go out for a day or walk from one end of Manhattan to the other or ride around London on the Circle line—with no asthma and no inhaler in my pocket. When I would fly, I always made sure I had an inhaler in my pocket and one in my carry-on in case I lost one. Now, I no longer think that way. I can literally go to a sold-out concert at Hollywood Bowl with no inhaler . . . an extraordinary achievement for me.

No more traumatizing episodes. No more ambulances. Breathing freely is still so deep and meaningful for me, and probably wouldn’t work so miraculously if I were still smoking pot. Although if I hadn’t quit pot, the earthworms and ants would be fighting over which organ or eyeball to devour next. I’m not afraid anymore of suffocating in the fresh air on any day of the week.

Oh, the reason I called the pulmonologist a creep is because when I went back to his office a month later to thank him and tell him how amazing the results of using the Dulera were for me and that I felt, literally, like a new man, he insisted I add another powerful steroid medication to my daily regimen. I told him that I hadn’t used the rescue inhaler even once in the last month. From 20 times a day to zero. Wasn’t that good enough?

“No,” he said, as he handed me a sample of Advair and told me to use that too.

“Isn’t the point of using medication to use as little as possible and get the best results you can?”

He looked at me as if I were crazy, or an anarchist. “Not at all,” he said. “Now take this home and start using it with the Dulera.” I guess the kickbacks from the Advair people were very generous.

I didn’t verbally tell him to go fuck himself, but the look on my face did. I gave him back his free sample and never saw the putz again. As I was leaving I turned to glare at him and he looked like a crustacean. When a pickpocket sees a saint, all he sees are his pockets. When a pulmonologist sees a man, all he sees are his lungs and the medications he can prescribe to get the biggest kickbacks.

Ironically, most of my experiences with doctors and surgeons have been great. When I was 15 years sober, as a sober, much healthier person, I had a new thought that I could actually live through open-heart surgery. This confidence is a gift that sobriety brings. With Ecstasy and vodka, my friends before I became sober, my body would not have been able to withstand the kind of stress that comes with an operation of this magnitude. My body could not withstand the feeling akin to being hit by a Mack truck. But with sobriety in my corner, I knew I was as healthy as I could be and a strong candidate to live a long life with my new bovine valve. Moo moo.

It reminds me of the scene in the short story by J. D. Salinger, “Teddy,” when Teddy says: “I was six when I saw that everything was God, and my hair stood up, and all,’ Teddy said. ‘It was on a Sunday, I remember. My sister was a tiny child then, and she was drinking her milk, and all of a sudden I saw that she was God and the milk was God. I mean, all she was doing was pouring God into God, if you know what I mean.’”

I focus my thoughts on the irony of it all because I have never broken a bone in my body, had an ulcer, appendicitis, or liver or kidney distress. I have only been hospitalized for what has always ailed me. Just had a bad heart valve replaced and, as you will soon learn, a brain tumor removed, that’s all. Guess I’m an overachiever. Not to mention the dozen hospital visits to keep my bronchial tubes from closing the show down. 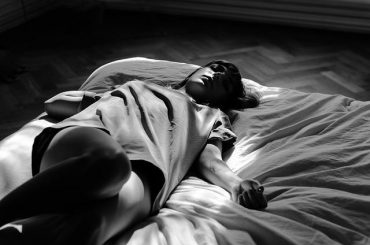