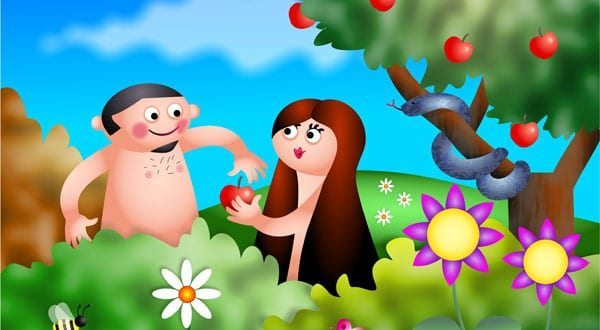 It is my experience that we can only be as honest and truthful as the limits of our knowledge and experience allows us to be. Richard Phillips Feynman, an American theoretical physicist said “It is impossible to find an answer which someday will not be found to be wrong.”

Oh how many times has this rang true for me. When I reflect on my 41 years and 9 months on this planet the contradictions I unearthed in some of my deepest belief systems at certain points in my life, have been quite phenomenal.

Once upon a time I believed that the Adam and Eve story was a real actual event. Naturally being raised in a Christian society you’re told that the Bible is the word of God and so you accept it. I raised my 10 year old eyebrow to the moon in disgust, when I discovered that this was a proverbial story designed to teach us about good and bad. I was one pissed off 10 year old, I can tell you….and decided I’d never believe anything anyone told me again until I investigated thoroughly.

What speaks to me in that story is that seeking is wrong. This is a tale of suppression, ruling through  fear of the vulnerable and being deceitful. God told them they’d die if they ate from the tree of knowledge. In fact that was a lie. They didn’t….and it was the serpent who was telling the truth. The serpent said that they wouldn’t die but have their eyes opened and become knowledgeable. The whole situation was a setup for failure. And then when Adam and Eve did fail in the eyes of the biblical god they were controlled by guilt and shame. And we all know, as human beings, how those emotions murder us slowly from the inside out.

This story of suppression and control has pretty much set the precedent of how society conducts itself, even in our modern age. The whole I’m right you’re wrong” manifesto has enabled the narrow minded to stay in power from the biggest Governments right down to local community levels. You stay in that box and if you step outside it you’re going to die!

Well actually no you’re not. I am a seeker by nature. I’m never satisfied with just one way of thinking or being. I’ve been stepping outside of boxes and eating fruit my entire life and I am not dead. In fact I’m very much the opposite. I mean what a waste of your time on Earth to remain stagnant in your philosophy on life and all its avenues when there is so much to choose from.

For example, how many times have I heard in 12 step meetings “I’m just a lowly drunk and I’ll always be a lowly drunk” despite having twenty years without a drink? This is apparently an attempt at humility. But is that statement true? Are the people who share this gem being true to themselves? After decades of abstinence and supposedly fearless and thorough self-examination, is that all they have found? I do however, want to say thank you to those people, because that kind of thinking is so far from what I wanted for my own life of sobriety, and they absolutely pushed me to seek more.

Being “true to yourself” is probably one of the most limited and narcissistic comments I hear in the recovery world. Often, because of the context it’s used in, it’s a dangerous and dogmatic idea, and can keep a person stuck in a very negative space. Self-justification is a powerful and negative entity. It is one thing being true to yourself and quite another to be true to what you have been told to believe as fact.

And questioning the level of our self-honesty is pointless if we don’t look at our deep seated necessity to be right all the time. What causes us to stay stuck and cling onto limitation? Why do we try and fool ourselves with manmade belief systems designed to limit our potential?

Well I’ve discovered that we do it for the same reason we become addicted. Fear. That’s it. We are so afraid of feeling and experiencing our humanness that we spend our lives justifying instead of seeking. We look for every reason why we are right and the other person is wrong that we miss out on the endless, incredible experiences of real living.

We are not just selfish, self-centred people with no thought or concern for others around us either. When I look at my own past behaviours I see a long list of reasons I lived such a limited existence in addiction and it was all based on fear. Self-examination of the situations I’ve been in, reveals a whole network of issues and reasons that many are never aware of because it is instilled in us that we are not worthy of more.

I left my Christian days behind me at 15 when I was thrown out of religion class for questioning why it was sinful to take birth control and asked whos’ business was it what I did with my own body – blasphemous wench that I was, and happy to say, still am. This type of suppression and control led me to self-destruction and addiction. However, I’m a fan of Jesus in general. He did some pretty cool magic in his day.

I am thrilled that I am not perfect. How boring would that be? How limited is such a concept? I don’t hold onto the idea of truth because what is true for me at this moment can change in a second. I wake up every day excited about the possibilities of learning and discovering something new. Therefore, I have no desire to limit my possibilities with addictive behaviours because there is so much more magic beyond my still, limited thinking and experience, to encounter. Even Bill W., whos words are hailed as truth by many, said that “we know only a little….more shall be revealed.”

I shall seek eternally.