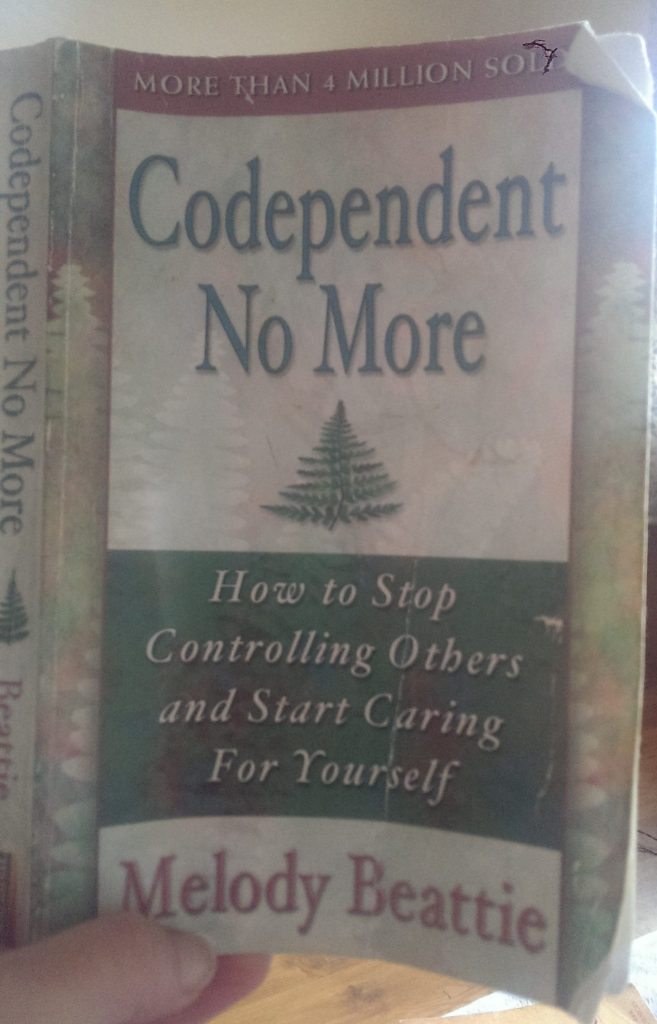 Books that Changed My Life – Codependent No More

The copy of Codependent No More in the attached picture, is my own. It’s evident from the condition of the cover, it’s been well read. On the back cover it reads, “Does someone else’s problem become your own problem? If so you may be codependent – and you may find yourself in this book.” Well, I found that I was on practically every page and realisations about my behaviour smacked me in the face with every turn of a page.

I bought this book way before I had ever considered that I had issues with addiction or that my own personality traits were causing me some major difficulties. Yet I knew that something wasn’t right within me that ran deeper than my unhealthy relationship with chemicals. I was beginning to understand that my thinking and understanding of the world was extremely flawed and made even the simplest things extremely difficult. So, I began to hunt down answers to why I was finding life so difficult and running myself into endless trouble.

Written by Melody Beattie and originally published in 1986 by The Hazelden Foundation, Codependent No More went on to sell over eight million copies and paved the way for a new 12 step program, Codependents Anonymous. The book outlines in detail, how our dependence on relationships with other people can become problematic, when we use them as evidence of our value and the basis of our self-esteem. Personally, problematic is probably a gross misrepresentation of the trouble this mode of behaviour causes. Devastating is a better description.

As I read through this book, and realised that some of my behaviours were incredibly dysfunctional, I was shocked, and felt a sense of bewilderment. A lot of these behaviours were learned, passed down from generation to generation, and now everything that I thought I was doing right – was in fact, not serving me at all.

I learned that my constant need for approval and subsequent people pleasing, was causing so much anger and resentment that I was making myself physically, mentally and emotionally sick. There are no less than 10 pages of codependent characteristics organised into 14 different sections, including care-taking, low self-worth, repression, obsession and so on. It became clear very quickly that most of my daily behaviours were completely opposite to my own values and belief systems. Even identifying how much I was neglecting myself gave me a real jolt. Who knew that it’s necessary to seek professional help if you are depressed or that you didn’t have to knowingly believe or support lies and that it wasn’t my job to clean up other peoples mess!

Everything from sex to feeling your own feelings and basic self-care is discussed in this book. At the end of each chapter, there is a suggested activity which helps you take a deeper look at how the specific chapter topic presents itself in your life. After coming into recovery for my addiction issues, it became apparent that a lot of my codependent characteristics were the “isms” I so frequently heard about in other fellowships. I’ve been able to correlate a lot of my addiction issues, perhaps all of them, to my disastrous codependent perception of how I should live my life.

There have been few books that have had such an awakening impact on me as this one. The awareness it brought to me was and still is invaluable. The book is pro 12 Step, but even if 12 step is not for you, the learning that you get from having behaviours identified and categorised is phenomenal.

I pick up the book now and then and read a chapter or two to remind myself of how I no longer want to be. There are times when I will identify that I’ve slipped back into a certain mode of behaviour and am reminded that I matter, that I don’t have to put up with crap and that I am safe and entitled to be exactly who I am.