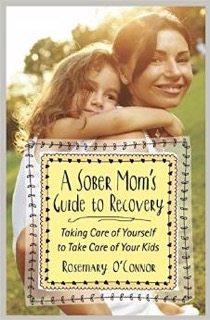 Dating: A Cautionary Tale – From A Sober Mom’s Guide To Recovery – by Rosemary O’Connor

Published with permission of Rosemary O’Connor.

“All discarded lovers should be given a second chance, but with somebody else.”— MAE WEST

For the alcoholic single mother, the dos and don’ts of dating are convoluted and complex. Dating for anyone today is like a minefield, but for recovering women, especially recovering moms who already have a history of disastrous relationships, the dangers are even greater. My friend Diane told me, “I’ve dated every dysfunctional man in Arizona, so I had to move to California.” You may feel like your Prize Picker is totally broken after so many failed attempts, or maybe you had no relation- ships and just slept around, looking for love in all the wrong places. You may be the woman who never dated and had given up on ever finding love.

It was suggested I refrain from dating for the first year in sobriety, which I thought was absurd. I put down the drink and picked up the men (plural). The first one was thirty days sober and I was ninety days sober. It was love at first sight: my dysfunction was attracted to his dysfunction—a perfect fit.

My worst horror story happened when I was ten years sober and thinking I was doing everything right. I broke the cardinal rule and dated a newcomer to recovery, ignoring every red flag. (As a Southern friend of mine said, “When you see red flags, it doesn’t mean a parade is coming to town.”) He told me he was divorced and I soon found out he was actually just separated, not to mention he’d lost his house and had no job or car. So what does a good alcoholic woman do? I moved him in with my kids. Ugh! I waited desperately for two years for him to end his marriage to his not-so-ex-wife. I finally set a bottom line and told him to move out and not call me until he was fully divorced. Soon after this, I got a collect call from the Fresno jail after he had gotten his fourth DUI. I did not bail him out. That night I called his wife and told her he was in jail. During the conversation my sick mind could not help but ask if they had slept together while he’d been living with me. I was sure she’d say no, but of course she said yes.

I finally realized that this desperate search for love through multiple dysfunctional relationships was a pattern that signaled I had developed another addiction besides alcoholism, and I was getting sicker and sicker. One of my biggest fears had been that I’d drink if my heart got broken. But I hadn’t even thought of drinking during any of these crises. I simply went on to the next unmanageable relationship, violating my standards faster than I could lower them. But with this one, I’d finally hit my bottom. I went to Sex and Love Addicts Anonymous (SLAA) to address my love addiction, and thus began a new journey in recovery.

Instead of taking a year off from dating, as my first AA sponsors had suggested, I decided to take two years off to work the Steps in SLAA. I realized I was that sick. I vowed to never disappoint myself again in my choice of men.

After I took the two years off, my SLAA sponsor suggested I make a list of the qualities I wanted in a partner. So I started with a list for my dream man. My list included:

• able to adore all of my children and me

Of course, I didn’t believe at the time that any of this was possible. Because my self-esteem was so low I didn’t think a man with these qualities would be interested in me. I showed the list to my sponsor, hoping she would give me her blessing. Instead, she told me to become the person with all the qualities on my list, and then I’d attract the man I wanted.

After fifteen years of intense work on myself—working the Twelve Steps (including making many amends and praying like hell as I searched for my Higher Power), getting a lot of therapy, showing up for work every day, and learning to laugh at myself—I have become the person I wanted to be, at least most of the time. Today I know that I deserve a partner with these qualities, and I’m no longer willing to settle for anything less.

1. Make a list of the qualities you want in a partner. Now work on becoming the person on your list!

2. Dating prayer: “Higher Self, help me feel your love, and help me love myself as well. I know you made me lovable exactly the way I am, and I don’t have to be anyone other than who you made me to be. Help me heal the wounds of the past, when I believed that I didn’t deserve love. Surround me with safe, loving people, and if it is your will for me to find a life partner, lead me to the person you have chosen for me.”

3. Enlist a friend you trust to be your dating coach, and be honest with her. When there are red flags in a relationship, ask her to remind you that the parade isn’t coming to town—it’s time to step back and take a hard look at what you’re doing. She might also need to remind you to keep your pants on!

4. If your children are under eighteen years old, commit to a friend, sponsor, or dating coach to hold you accountable to not introduce the person you are dating to your children until you two have been dating for a year and you have both committed to each other.