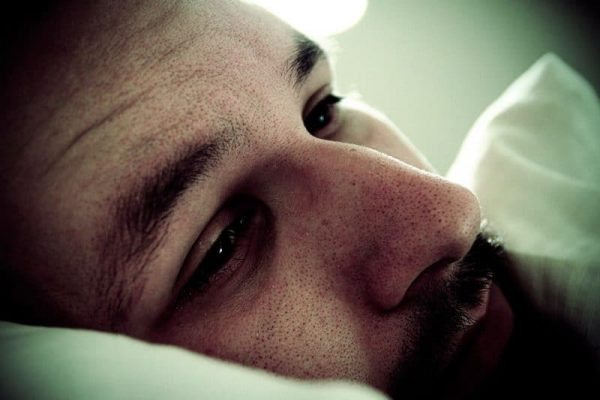 My Experience of Male Specific Depression In Recovery- By Hearon D

My name is HD and I am in active recovery from alcoholism. I am fifty four years old, have been married for thirty years, and have three grown daughters, ages twenty seven, twenty five, and twenty three. I have been “surrounded” by women my entire life. I grew up in a female-dominant family. The topic of “issues specific to men in sobriety,” intrigued me immediately, but it has taken me awhile to sort through that (and by sorting through I mean just recognizing it).

Four years ago, at the age of fifty, I started seeing a therapist for the first time. When I went into the first appointment he asked me why I was there and I literally sobbed for an entire hour. I remember this with a chuckle: I told him that I had recently turned fifty, that our home had become an “empty nest,” and that I would soon be celebrating my twenty fifth wedding anniversary, but that “this has nothing to do with why I am here.” He laughed at/with me and made sure I understood that those three life events were exactly why I was there.

Well, not exactly. With the help of four more years of heavy drinking and subsequent recovery (August, 2015), what I now know is that I stopped seeing the therapist after about ten visits because talking about my alcoholism was inevitable. I did not “drop” him; rather, I told him I was “fixed” and I stopped going. Going just one more time would have meant I needed to be honest with him about the role of alcohol in my life.

This has come into focus recently as I have hit a slump in my recovery. I am experiencing low-level anxiety and depression, and I cannot seem to shake it. Part of this is zero sex drive, which on the one hand is not terribly unusual at my age, but on the other hand…..I am too young for that! I did talk to my doctor about this and he told me he believed the depression, anxiety, and correlated “issues” will correct themselves over time. Fortunately, unlike many men, stereotypically, I am very willing to discuss anything with my doctor.

While wallowing in this funk recently I remembered that my therapist had given me a book to read: I

Don’t Want to Talk About It; Overcoming the Secret Legacy of Male Depression, by Terrence Real. I just finished reading this book. One day, I will look back on this book as one of the most important I ever read. To be very honest, I do not know if I read the book when the therapist gave it to me. I hope I did not, only because, if I did, then that is an even greater indication of the extreme depths of my denial regarding alcoholism. At any rate, in this book Real discusses the difference between “overt depression” and “covert depression.”

Simply stated, overt depression is the type of depression you read about: fatigue, lack of interest in activities, not eating, etc. In other words, clearly and obviously depressed. Most of this book is about covert depression. As Real states, “covert depression has three main domains: self-medication, isolation, and lashing out.” WHOA! When I read this I literally had a “holy shit” moment. Have I been an expert in self-medication for about forty years? Yes. Do I tend to isolate when things get tough? Yes. Do I have a tendency to lash-out, especially unpredictably, when under stress or duress? Ugh, just ask my family. I have read a lot about recovery over the past couple of years, even before becoming sober myself. One thing I have read numerous times, and I am paraphrasing, is that one issue with early recovery is that a person actually experiences the emotions and feelings that he/she has been numbing while in active addiction. Again, no surprise, this is me. Interestingly, my recent funk has improved somewhat with the mere “diagnosis” of the cause. There is absolutely no doubt that, like so many men, I suffer from covert depression. Interestingly, Real states that there are five men suffering from covert depression for every one suffering overtly. Now that I am no longer self-medicating with alcohol in order to deal with this, I will need to come up with other methods. Step one was calling the therapist yesterday for another appointment. Looks like we will need to start over.

I exchanged emails yesterday with a friend I have met in the online recovery community….(actually, exchanged comments on a blog) and I mentioned that I need to be more fully honest with my family regarding the needs of my recovery. I may be wrong here, but I think this reluctance is also a fairly “male” response. It was hard enough for me to admit that I had a problem with alcohol, especially living in an alcohol-centric family. My stance thus far has been to “suck it up” and to put on a brave face. In some ways, I was living a double life before with regard to how much I was drinking. Unfortunately, it has occurred to me that I am still living somewhat of a double life in that I am not fully sharing what I need within my recovery. I have not been willing to unmask that vulnerability. As I also explained recently to another friend in recovery, my wife fully supports, but she does not fully understand. Like I mentioned, we have been married for thirty years. She deserves the opportunity to fully understand what I am experiencing; it is incumbent upon me, and my willingness to open up, to give her that opportunity.

Five months into recovery, I felt that I had solved all of my problems. Once the pink cloud lifted, I realized that now the real work begins. Quitting the cycle of abusing alcohol, and hiding behind this “rapacious creditor,” is only the first step. What a journey!