Going To Any Length in The Holy Land: Part Two

In this feature, Leonard Lee Buschel shares another excerpt from his upcoming memoir, At Play in the Fields of Addiction: From Drug Dealer to Drug Counselor. This piece picks up where Going To Any Length in The Holy Land: Part One left off.

Eventually, I made my way back to Israel for more hashish.

Israel was a decent source of hash. Fourth behind Lebanon, Pakistan, and, king of all hashish-producing nations, Afghanistan. Oh wait—I forgot one other, Nepal—famous for it’s powerful Nepalese Temple Balls. Later, in the U.S., I mostly bought/brought drugs from Miami and south Florida to Philadelphia. The mark up on a $300 pound of pot was only $30. But if you sold 100 pounds in one fell swoop, it was enough to live for a month, back in the 1970’s.

It never entered my mind to quit selling drugs at all. That was my livelihood, my raison d’etre. Drug dealing was in my blood. A calling if you will. Capitalism in its purest form. Just like the cocaine I bought and sold for 13 years.

Anyway, back to Israel. For my next (trick) trip, I made plans to meet Bruce Terran at the King David Hotel in Jerusalem on November 15th, 1970.  I took a flight from New York to London, with a plan to next take a student flight from London to Tel Aviv, allowing me to meet my friend on time.

When I got to London, I found out that the last student flight of the fall was fully-booked. My only option, considering budget restraints, was a couple trains across Europe. I was disappointed, but not disheartened. I had taken trains regularly during my whole short life, and I loved them. Starting with the Broad Street subway and Amtrak up and down the east coast. I’ll bet more spontaneous romances start on trains than planes. Murders, too!

I took a train from Victoria Station, London, to Dover, then the ferry from Dover, and arrived in…well, I didn’t know where I was. I noticed a money changer was offering Francs, so I wrote home, “Hi, I landed safely in France.”

But I wasn’t in France. I was in Belgium, in the port city of Ostend.

Live and learn. I did know I was about to take a train with my hashish stash, stashed in my underwear, ready to traverse the German frontier and change trains in Cologne. Then south to Athens. I got to ride through the most colorful celebration of fall leaves exploding in the air. The leaves in Albania seemed like they were trying to escape their Communist rulers by pretending to be birds, floating across the rivers. To see Austria through the train windows, trees and mountainsides, dying autumn leaves, trying not to think of The Holocaust was exhilarating and painful. I got to grab a snack (just chocolate) at the magnificent station in Sofia, Bulgaria. The city itself is 7000 years old. And I thought Philly with its 200-year-old Independence Hall and Betsy Ross house was old.

When the train finally rumbled into the station at Thessaloniki, its first stop across the Greek border, my compartment mate asked me if I was from England. I hadn’t said a word out loud in days, not wanting to be pegged as an ugly American, though I was no Marlon Brando and this wasn’t Southeast Asia. I preferred wearing a cloak of invisibility, never really wanting people to notice me. Not easy to do in a six-seat compartment for two whole days.

I told him I was from the states. Reaching out the window to the roving food sellers, he bought me my first skewered stick of shashlik and my first demitasse of Greek coffee. To this day, whenever I have a cup of Greek or Turkish coffee, my tastebud’s braincells transport me back to that train station, and to one of my life’s most happy and flavorful memories.

As such, it was obvious I would miss my scheduled meet-up with my friend at the King David Hotel. I got to Athens, and stayed a few days at a hotel on Omonoia Square. The area was full of men, hundreds and hundreds, sitting at the outdoor cafes, smoking from a thousand hookahs. It was just like they do now in Encino, CA.

The final weeks of November were cool and sunny, perfect for the wonderment of traipsing around the Acropolis, climbing up to the Parthenon. It’s hard to get pictures of this over 2500-year-old Greek historical site without tourists intruding on the stunning visuals. I waited until the achingly stoic sun was setting and all the tourists were gone. There, alone, I took beautiful photographs until the armed guard escorted me out.

Earlier, I had gotten to stand onstage at the Theatre of Dionysus (talk about name dropping), the oldest theater in Greece, once being able to seat 17,000 patrons. And there I stood, arms raised high towards all the ghosts, finding my inner orator, and reciting my favorite line from A Thousand Clowns, when Jason Robards Jr. tells his ward to “go to your room” and the kid says, “I don’t have a room, I live in the alcove.” And Robards says, “Then go to your alcove.” The line still cracks me up. And years later, when I had lunch with Jake Robards, Jason’s son, I told him how much pleasure his father’s performances gave me.

Anyway, that weekend in Athens, all alone with my pipe, smoke and ashes and endless tiny cups of Greek coffee, remains one of the most glorious weekends of my life. History came alive for one young college dropout with a sock full of hash.

I was addicted and in service to hashish, like a worker bee to his queen.

A day without hash was like a day without humor, beauty or a raison d’etre. I had a pipe disguised as a Bic pen. In the stem of the pen, I kept an ink cartridge. Somewhere else in my suitcase, I had a little brass lamp piece that served as a bowl. When I was alone, I would take the cartridge out of the pen, and put the bowl with a little rubber hose onto the pen and it became a pipe. I was high as a kite walking around Athens. I enjoyed every moment. This experience is inscribed forever in my memory. Greece was no longer Greek to me.

When it came time to leave Athens for Haifa, Israel’s only port, the one choice was an Israeli shipping line, ZIM. The first night on the ship, they were showing a film in their dining room, on a 16 mm projector. There were also two women, clutching cups of herbal tea, watching the movie too. They were both a little butch, but I’m sure they were women. College age girls actually.

I later found out they were from Boston. One was very attractive; one not so much. I tried to engage them in conversation, but was gently rebuffed. They quickly let me know that they were a couple and that I should take my peripatetic penis elsewhere, although those were not their exact words. I respected that, and we didn’t speak again during the voyage.

After the ship docked in Haifa, I took a bus down to Tel Aviv.

I was three days late for my rendezvous with my friend Bruce. I knew he wasn’t still going to be waiting at the King David Hotel. This was long before cell phones or pagers, and I didn’t know where the hell he was. So, I thought, you know, I’d get a cheap room and just wait and keep checking the American Express office for a letter from him, because that’s how we did it back then—General Delivery, American Express office.

I’m walking through downtown Tel Aviv and I spy the two girls from the ship. They were happy to see a familiar face. So was I. I went over and talked to them, and asked what was going on.

They said the kibbutz they intended on staying at was full and not accepting any new kibbutznicks. They now had nothing to do and no place to go. So, I said, “Well, why don’t we go to Jerusalem?”

We took a bus to Jerusalem and got two rooms at an old hotel in the Old City, which is literally like walking into the first century–the stones are the same, the walls are the same. People lived in alcoves behinds ancient walls, and dressed the way they did two thousand years ago. If the walls could speak, they would be speaking in Aramaic.

After checking into the funky little hotel, I showed my new friends how I assembled my hash pipe and get ready to light up. Jesus Christ, I ain’t got no matches, nobody has any matches. Neither of them smoked, or was in the habit of lighting incense or candles. It’s ten o’clock at night and it’s not like there’s a 7/11 on any corner. There’s no one on the streets, except maybe the ghost of the Christ   and his executioners. But I figure there’s got to be a stand, or a homeless guy I can ask to sell me a box of matches.

Walking all alone, in the ancient night air, in the birth place of so many competing religions was my first religious experience. (My next one was 24 years later at Betty Ford) I was only 20, and because of my unstoppable need to get high everyday, there I was following in the footsteps of Jesus the Christ. Not dragging a cross, just a drug habit.

A few blocks from the hotel, I’m on this tiny little side street in Old Jerusalem, where there in front of me, maybe 50 yards away, I see someone approaching whose silhouette reminds me of my friend, Bruce Terren, who I was supposed to meet in Tel Aviv. There are some noticeable differences: this guy has a beard on his face and a beautiful woman on his arm. There’s also a redheaded boy with a Jew-fro walking beside them.

As I step closer, I realize that it is, indeed my friend, Bruce Terren.

At that same moment, under the hazy dim light of an old street lamp, he sees it is me. We both scream in joy, as if meeting the messiah. We yell and we run, throwing our arms around each other, crying and laughing at this extraordinary, almost biblical coincidence.

“Oh, my God! What are the odds?” Incalculable…worse odds than a camel making it through the eye of a needle.

Accidentally meeting in old Old Jerusalem at ten-thirty at night, with no plans to meet there at all, was divine intervention, and there is certainly no better place for it.

We’ll release the next segment of this story tomorrow—stay tuned! 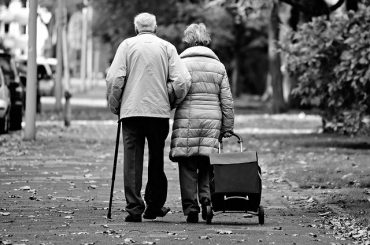 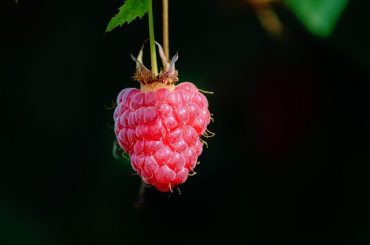