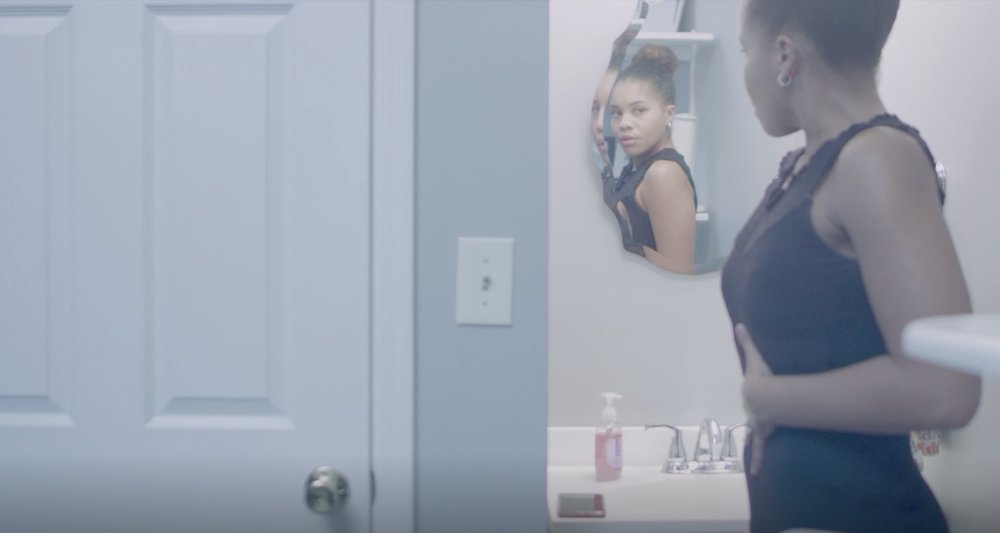 It’s a cliché that good things come in small packages.

But sometimes, clichés are true. In the case of the four films featured on this month’s Saturday Night at the Movies, presented by the REEL Recovery Film Festival in association with In The Rooms, great things come in short packages.

A good short film, like a good short story, weaves elements of character, plot, entertainment, and, in the case of the following four films, message into the rich and vibrant tapestry of the filmmaker’s vision. Each film is about an aspect of addiction, self-abuse and/or alcoholism. The story and filmmaker’s approach to the subject is addressed in different ways and from disparate points of view. But as they say in AA, “we look for the similarities…not the differences.”

I Love Ana is a unique portrait of a young woman struggling with her relationship to food, her body and self-image. Lead character “Mars” is a high-school student and dancer who compares her self and body to other seemingly thinner girls in her class. That mental journey into despair begins her journey into the dysfunctional world on “Ana” and “Mia” chat rooms. Ana and Mia, short for anorexia and bulimia, offer support and tips to more effectively practice those disordered eating behaviors. Writer/director Alyssa G. Mullings drew on her own struggles with body image, anorexia and her experience with online chat rooms as the impetus for her film.

In Destination, Wilson, a heroin addict going through withdrawal, can “get well” if he delivers a package to an address programmed into his navigation app. Sounds simple, but the navigation app (called G.O.D.) has ideas of its own. Newcomers to AA or NA often hear God, used as an acronym, i.e. Good Orderly Direction, ostensibly to ease them into accepting a spiritual solution. The film follows Wilson as he desperately tries to find the right address, each mistake leading him further away from getting high, but closer to the Truth. Is it odd or is it GOD? Destination is directed by Jason Spagnuoli.

Stay is a love story. Alex is an exuberant young newcomer to AA, high on not being high. Jack, despite long-term sobriety, is bitter, angry and resentful. Alex’s sponsor sends him to be of service and help Jack pack for a cross-country trip. Jack does his best to smash any enthusiasm Alex has for meetings, sobriety, fellowship or his future by relating all the terrible things he has gone through while being sober. Jack and Alex look like the classic Odd Couple, destined to finally see the best in each other and fall in love. In the end they do fall in love – with AA, sobriety and themselves. Directed by Chris Phillips.

Age of Dysphoria is a complex drama about the difference between making amends and making things right. In Jessica Pettelle’s film, newly sober Finley starts her 9th step by confronting the man, Fred, who’s car she hit in a blackout, killing his wife. Fred, who has Alzheimers, believes her to be his late wife, Stella. This gives Finley the opportunity to make amends for her behavior, and gives Fred the chance to make up for his, too. Fred, we find out, was a jerk, who had ruined all of his relationships. There is plenty of guilt to go around as both Finley and Fred believe they are responsible for Stella’s death. A unique friendship is formed, courtesy of Alcoholics Anonymous.

These four shorts exemplify storytelling at its finest. Honest, uncomfortable, funny and sad they show the best and worst of human nature and particularly the toll addiction, alcoholism and battered self-worth take on a person and their families. These films don’t have tidy endings, that is what makes them real but they leave the viewer with a sense of hope. I Love Ana, Destination, Stay and Age of Dysphoria show how through inner strength, G.O.D, love and service and friendship we can and do recover.

Join us this Saturday, December 12 at 9 PM Eastern for this free film screening! All you need is a free In The Rooms account to view the films. Simply sign up to become a member, then enter the virtual movie theatre. 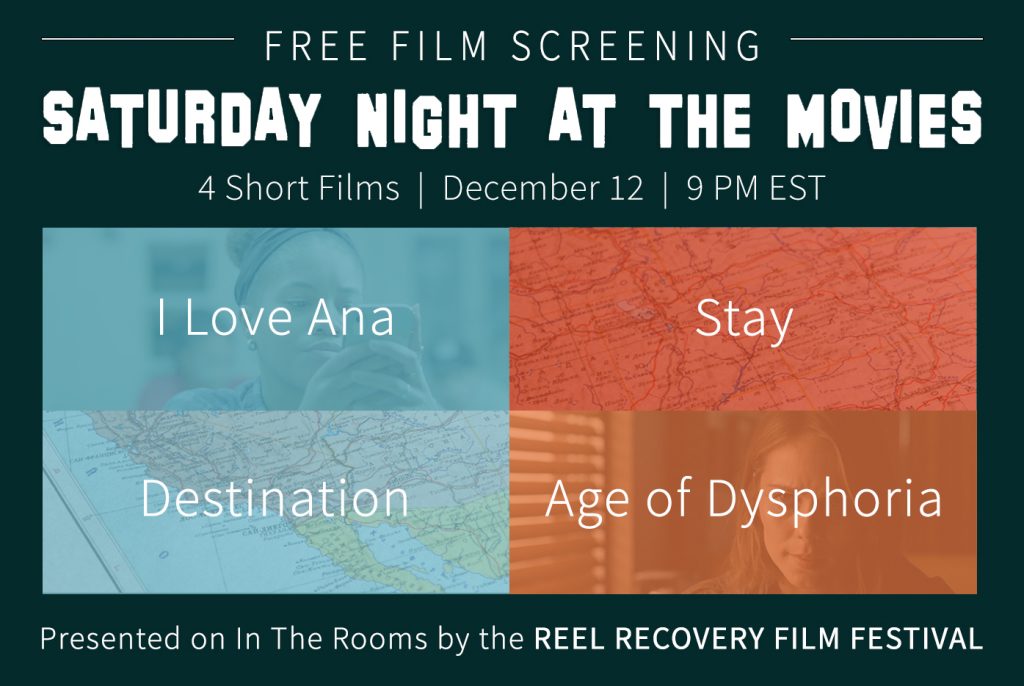 Ahbra Kaye is the producer and curator of the 12 year-old REEL Recovery Film Festival and Symposium. The film festival is both a joy and a challenge that she is excited to continue in the virtual realm this year. Streaming November 6-12 on the REEL Recovery Film Channel. She is proud to be 4 1/2 years sober, a 3rd generation Angeleno and mother of 3 to Josh, Jordyn, Ellie, and two dogs, Abby and Butters.