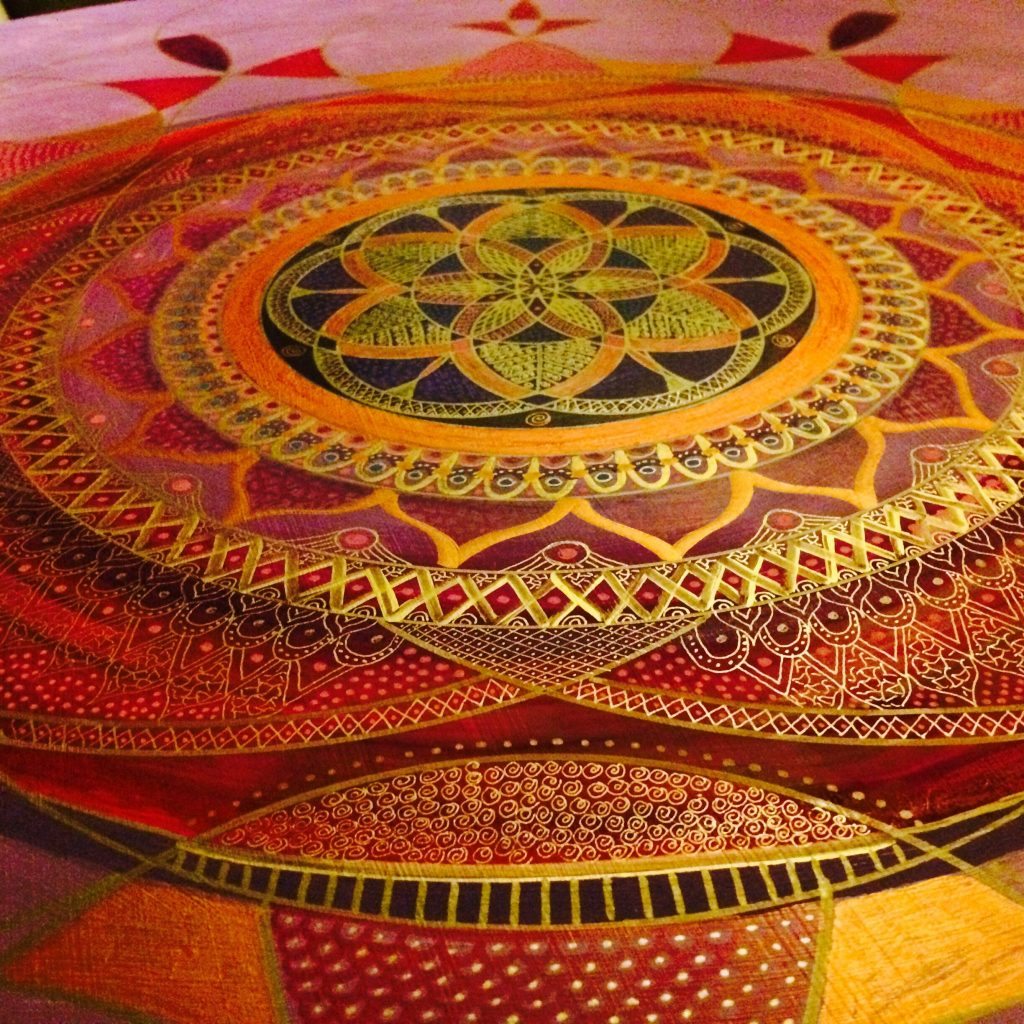 Mandala: Reaching the Vastness of the Centre

From the classical Indian language of Sanskrit, the word Mandala can be loosely translated to mean circle. But the Mandala is far more than just a simple shape. It embodies wholeness, representing the structure of life itself, a cosmic diagram that shows us our relatedness to the infinite, that which extends both beyond and within our bodies and minds. The Mandala can be seen as a container for essence, energy or spirit.  A journey into the self and to the connectedness with all that is.

The concept of mandala originated long ago. Before the idea of history itself. In the earliest times of Indian or Indo-European religion, in the Rig Veda and its related literature, mandala is the term for a chapter, or a compendium of mantras or verse hymns which were chanted in ancient Vedic ceremonies. The universe itself was believed to originate from these hymns, whose sacred sounds contained the genetic codes and patterns of beings and things, so there is already a clear sense of mandala as a world-model, a cosmic diagram…a visualization of Om, the vibration of the universe.

The word mandala itself is derived from the root manda, which means essence, to which the suffix la, meaning container, has been added. So, one obvious connotation of mandala is that it is a container of essence or spirit. It represents our quest for reality and truth and takes us to places deep within us and back outside to witness the integral geometric jewelled structure which adorns ourselves, our planet and our universe. It takes you from the microcosm to the macrocosm. From the self to the all. It allows us to witness the present moment. To connect to the here and now. To align the centre of self in space and time. To the ultimate awareness.

You might suppose that only the human imagination could produce mandalas, but nothing could be further from the truth. These beautiful geometric patterns spiral naturally in all of nature, from the structure of the minutest particles known to the vast expanses of the universe. Symmetrical structures mirror and repeat on all scales. And by engaging with these patterns we begin to perceive an underlying intelligence or spirit which is present in all things. Think of flowers, leaves, shells, spider’s webs, snow flakes, the rings found inside a tree, the ripples of concentric circles caused by throwing a pebble in a pond. When you are chopping fruit and vegetables, stop and look. Look at the vibrations made visible in beautiful symmetry. The way things move too…the way planets orbit, tornadoes whirl, birds and fish circle and swirl.

In our everyday life too, take notice of circular objects around you. From a carousel to a dinner plate, to umbrellas, to man hole covers to the wheels on a bicycle and clocks. Closer inspection reveals that all of these objects are symbolic of diverse aspects of our lives. They indicate time and place, transport us, close something off, protect us, nourish us or give us a sense of fun.

Mandalas can be made in many ways. Traditional Buddhist Monks create them using sand and create the most elaborate and beautifully symbolic pieces of art which are then swept away as a symbol of the impermanence of all things and to illustrate non-attachment. Many people create mandalas using nature itself, using leaves, stones, drawing in sand and allowing the artwork to be swept away by the wind or the tide. This is a beautiful and powerful experience to engage in, letting go of something inside of us that no longer serves us. I often engage in this practice but my main method to engage with mandala is to draw them or paint them. I find that having them around increases energy and while looking at them afterwards or meditating with them, further insights and healing can be found.

Mandalas are not just a fad. They have been around since ancient times and by engaging with them, we are working with archetypal images and symbols which have existed all over the world since time immemorial. In times of strife, for example illness, depression, divorce or disaster, we often loose our inner steering wheel at the very time when we need it most. At these times we need rest, quiet and reflection, but instead we cannot sleep, we are busier than ever and our thoughts are muddled and confused. It is at these times especially that we need to find our center. Many people appear to be able to regain balance through engaging with mandala and indeed it was in a time of personal crisis that I came to mandalas myself. The effect that it had was one that utterly changed my way of being and of interacting with the world.

When creating or meditating with a mandala, you begin with the focus on the centre point. The Bindu. In metaphysics, the Bindu is considered the point at which creation begins and may become unity. It is also described as “the sacred symbol of the cosmos in its unmanifested state.” (Khanna, 1979) The Bindu is the point around which the mandala is created, representing the universe, a centre of profound awareness which you will allow to expand intuitively, thus motivating the universe. When working or meditating with the mandala, you look inward, silencing the voices that reside in your mind and simply seek that centre’s correspondence within yourself. Becoming aware of the breath. Of that point in which the in-breath becomes the out-breath. That pause. That moment of power and connection. Opening the compass, you begin to create. To allow whatever comes to come. The ultimate metaphor of the cosmic creating process. Drawing the first circle, this curve of sacred space which manifests from nothingness to all things – the infinite points around the circumference. And so the journey begins.

As you allow your creative journey to unfold, you will begin to notice nature’s harmonious geometric blueprint become visible. The act of creating an intuitive piece of art brings you into a place of calmness, where negativity can be released and where decisions can be made in a much more focused manner. I began drawing them when I was going through a divorce, selling my home and had so much upheaval in my life. It is really incredible how this process has changed my life in so many positive ways.

Think of it kind of like a spring cleaning for the soul. Think of your soul as a deep well with little shelves spiraling up the inside of it. Every day, people walk by this well. The occasional person will toss a piece of litter in there. Others might drop a beautiful diamond in.

If you don’t take time to clear up the litter and bin it, you will soon have quite an accumulation of litter and you’ll hardly be able to find the diamonds. The longer you leave the litter to build up, the harder the job of cleaning it up becomes. But if we regularly take a look, pick up the garbage and put it out, pick up the diamonds and place them carefully on those spiraling shelves, then your well becomes a magical and beautiful place of peace and clam. A place where you want to be and where others will want to be too. Your well becomes a place that attracts others to come and spend more time with you there.

In creating a mandala, you draw whatever shapes that come into your mind. Use whatever colour feels right for YOU….don’t let your ego mind tell you ‘well that blue doesn’t go with that orange’ or ‘that wouldn’t match the curtains in the sitting room’. No. Remember, this is not just a pretty piece of art, although it inevitably ends up being just that.

You will find as you go through this process, your thoughts become clearer. Perhaps there has been a problem spinning around in your head, a decision that you can’t make. Maybe something somebody said to you today is niggling at you, or a look that somebody gave you has left you feeling uncomfortable. By balancing the mind in this creative way, often the solution becomes clear. Or the fact that the comment or look was not in fact about you, but about something going on with that person.  A eureka moment!

There is a science to this. Psychologists, neurologists and researchers have found that by stimulating both sides of the brain (which mandala art is doing) our thought process becomes clearer, stress reduces, blood pressure lowers and the list goes on.

Normally when we make decisions or review our day we use the left hemisphere of the brain, considered as rational.  We often leave out the possibility of taking advantage of the benefits brought by the right hemisphere of the brain, such as creative imagination, serenity and ease of memorization, among others. By drawing intuitively in the wholeness of the circle, we begin to get a much fuller picture of what is going on in our lives, our minds. We come to realise what is ours to keep and what is merely garbage to be taken from the well of the soul.

I have been creating mandalas almost every day now for three years. Sometimes it’s a big one, when I have the time. If the day is busy, I will do a small one in my journal. Just focusing those thoughts, getting rid of what is not mine. It is a form of open-eyed meditation and it works wonders on spring cleaning the soul. We take it for granted to take care of our physical bodies, our homes and the things external to us. With statistics on depression and suicide being now at an all time high in Ireland and around the world, it is now more important than ever to take the time to clean out the well of the soul. 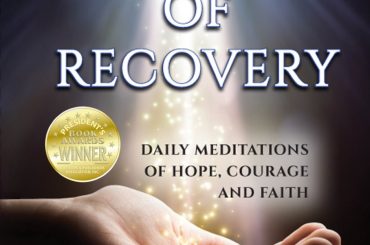 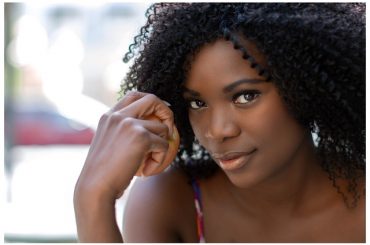 Your Wellbeing and Where to Start Part 2 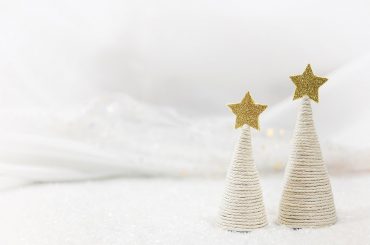 Sanity & Sobriety In The Holiday Season 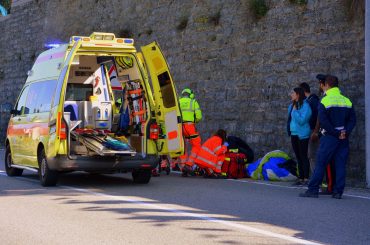