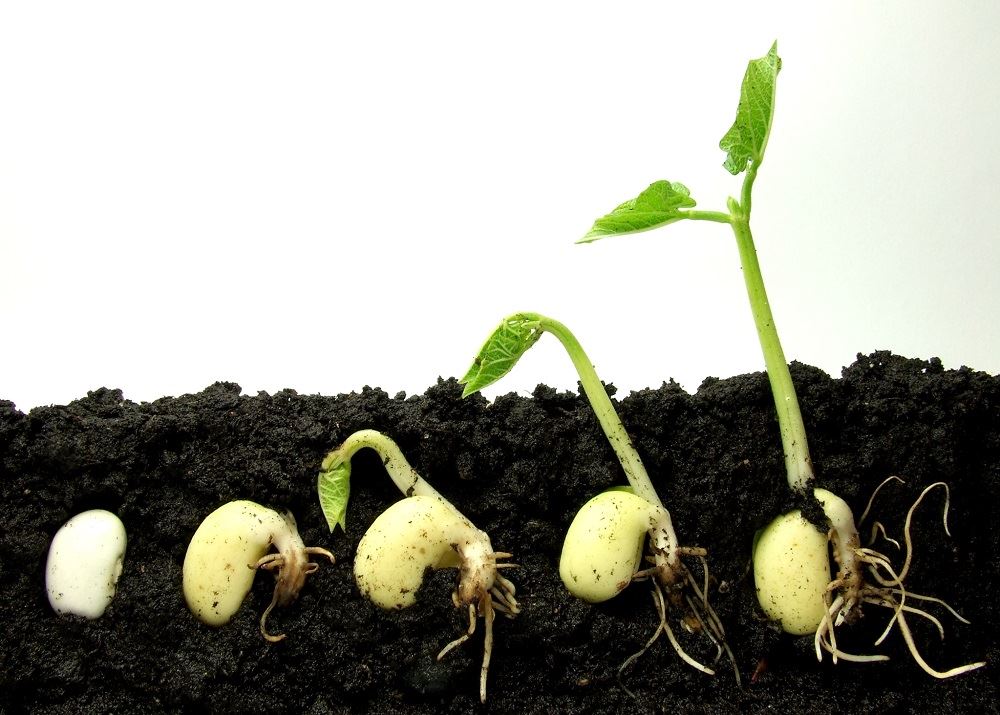 Seeds of Your Spirit – By Kyczy Hawk 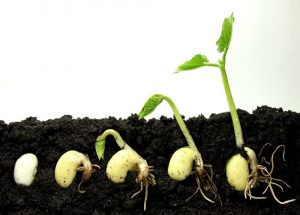 I was never totally scum. Not before I started drinking and during my pre-recovery years. I was also not struck wonderful when I found recovery. However, when I share my story you might think that I was perfectly bad in my “before days” and steadily better on the road of “progress” with occasional bouts of perfection now. That is not the case. Not completely bad then, not thoroughly good now.

The seeds of my true self were always there before I used, while I use and now, after I have stopped using. The little sprouts of my spiritual being popped up from  time to time in my youth and even in my using “career”. I was not totally one way or another, then or now.

Reading the Big Book might give one the impression that we alcoholics are seething pots of self centeredness, self will; filled with self pity.  This is not entirely the case. I surely have attacks of self will and pity; times when despair and unhappiness coming from things not going “my way” overwhelm me. And in recovery I still have them, but these phases are not as prolonged, as obvious, or even visible. That is being human. Now they tend more and more to be an inner torment.

Before recovery, I had bouts of compassion for others, concern for mankind, empathy, sympathy, even right action, honesty and humanity. I was not consistently and persistently self absorbed. I wasn’t that good at being bad.

This is what I have learned. Nothing is always. There are very few absolutes in life and me being perfectly awful is one of those absolutes that were not true. I was undependable, I was inconsistent, I was mean, and selfish and all those characteristics that are mentioned in AA literature, but I was not consistently any of them.

In my recovery and yoga practices of embodying my  feelings, my memories, and my self awareness I have also been able to discover, identify and own my goodness. I have become willing to see the “long ago” good in myself. I have become able to embrace these attributes as useful parts of my being. I have found and claimed the seeds of my spirit.

Remembering my past, particularly memories from being a child, are rare and ephemeral. I have memory snapshots but few movies. I also have a broken sense of time, I am not certain for sure where and when the mental pictures I have were taken. This had made me feel disconnected from them. I have since come to peace with that and am able to claim them. This problem exists; I no longer crave it to be different. (This is huge progress where I have ceased condemning myself for “poor memory” and just allowing the recollections to float up as they occur.) Some of the memories I have are sweet, the memory of giving my stuffed animals a place in my bed, equally arranged so that no feelings would be hurt. Some are memories of injustice as I felt angry over the unequal treatment of my classmates due to unfair rules and ungrounded suspicion. I marched as a teenager for the end of the Vietnam War and the reduction of the voting age. I was part of the walkout in my high school to protest the fact that girls had to wear dresses; regardless of the weather, the suitability for intramural activities and for the fact that it made no sense. I had a conscience at the same time I was using drug and alcohol. These were not mutually exclusive activities.

In my twenties I was a full on drug user (hype) and drunk. I wanted to go to school and I muscled my way through- the challenge of keeping up with my classes, being a single mom, and using drugs with abandon was eased by the drugs I chose. “Speed” got me through school. While I was doing all of that I also protested for and won the right to open a childcare center on campus to help re-entry women (people) resume their educational careers with a little more ease. I was not all bad and I was not all good.

The seeds were there. Yes, in early recovery I had to be careful not to slip into a justification process, or a way of white washing the pain and destruction of my drinking and using. I had to look at my past in a pragmatic way and learn to winnow out the criminal, un-useful, and harmful behaviors. But in that process I could not TRASH my whole self. In my later recovery I have been reaching back into my past, no longer to mine for the behaviors and characteristic that I need to work my sixth, seventh, eighth and ninth steps on, but to find the morsels of good.

I need to integrate all of myself. I atone for the faulty and unhealthy and I nurture the good and useful. I nurture the willingness of myself to be generous, to be helpful, to be a good citizen (even when doing so is not easy and requires me to stand up for my rights and the rights of others.) I have those seeds of a beautiful spirit. I don’t want to forget that, either.