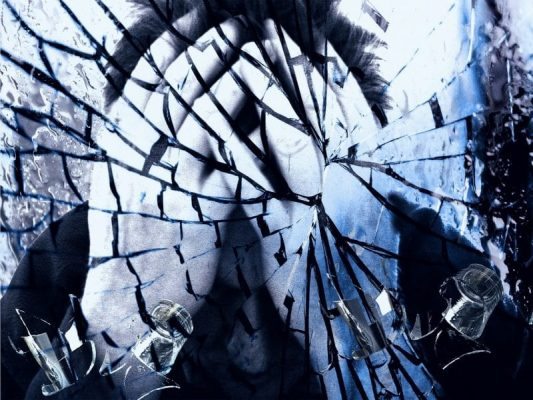 The Flip – By Andrew Ahmad Cooke

In the story of every addict there is a point when they stop using drugs or alcohol and the drugs or alcohol start to use them.  At some point the substance takes ownership of the new addict. One moment you are having fun using drugs, meeting new friends and exploring the possibilities ­­– the next you are addicted and life has become very, very different. You have become a slave to your addiction. This moment, however, is invariably impossible to identify. If we could have identified it, how many of us would have chosen addiction as a lifestyle?

For the majority of people on the planet, drug or alcohol use does not lead to addiction. Some addicts are understandably bitter or jealous of people who can use alcohol or drugs without fear of addiction. I am very fortunate to feel myself free from this envy. I have certainly had more than my share of drugs and alcohol, probably more than a few people’s share.  I had a great time at the beginning. I would not change a thing. However, my drug use led to addiction. My drinking led to addiction. The concept seems so inescapably simple now. I must not do any more.  If I could have identified that point of no return, in both instances, would I or could I have stopped?

I became addicted to heroin sometime in late 1998 or early 1999. Perversely it was one of the best times in my life. In the early 90s I had met the writing partners I had been looking for all my life. I had started writing music again. Lots of music. This led to new encounters, experiences and also access to more class A narcotics than I ever had before. Until this point I had only regularly (habitually?) used cannabis and, in my teens and early twenties, LSD and a bit of speed. I had tried heroin once or twice but like alcohol it made me very sick. I had now started regularly using Ecstasy and Cocaine. It was new, exciting and we were working together creating music whilst using it.

In 1996 we decided to hold parties to publicise our music. It was a very intellectual project, inspired by tales of Ken Kesey and the Merry Pranksters and their ‘happenings’ as told of in The Electric Kool-Aid Acid Test by Tom Wolfe. I completely related to Kesey when he said: “When we first broke into that forbidden box in the other dimension, we knew we had discovered something as surprising and powerful as the New World when Columbus came stumbling onto it.” Taking psychedelic drugs was part of our mission statement. We needed to be sure the MDMA supply was assured and of a decent quality, so I arranged this. As the popularity of our Dirty Cow parties grew, the more drugs we bought and feasted on. Our behaviour was accepted, expected and even glorified. People loved our parties. They, too, felt connected to something significant for the first time. Then I started to arrange everyone’s cocaine for the parties and before you could say “cliché” I was using cocaine every day. Strangely enough I began to find it hard to relax…and sleep.

I had fallen for the sordid glamour of it all and I was soon looking for more. I had made three new and very close friends outside my band’s circle. The band was spending so much time in each others’ pockets that I needed different conversations and escape. These three friends all used heroin and crack to varying degrees. They were also musicians, writers and producers. They, too, were using drugs as part of their creative process. What an excuse! They were addicts. Beautiful addicts. The story is a very old one but I was soon using heroin every day. The flip from user to addict happened somewhere in the middle. The wonderful creative collaboration I was involved with began to fall apart. My addiction, though not the main reason, contributed to its demise. Within three years of starting to use heroin my life had begun to disintegrate. I had stopped being creative and when the band, our record label and the parties dissolved, I found myself, apart from my fellow smack-heads and our dealers, alone. I worked solely to finance my habit. I lived only to smoke heroin. Joy had departed. It had been replaced by despair.

In June 2003 I had finally had enough. I had beaten it in my mind, so I bought a big bag of

Temazepan and locked myself in my flat. After a couple of weeks, on a bright sunny Sunday morning I started playing my records again. By the time I was listening to Marvin Gaye’s album What’s Going On, my epiphany was complete. It is difficult to describe the beauty of this new found freedom without sounding trite, but I was reborn. I was brimming with positivity and began to rebuild my life. What I was blind to at that time was that the frequency of my drinking was slowly increasing and imperceptibly, to me, alcoholism was replacing my heroin addiction. I was now very happily married and a parent, yet I drank more and more. I was powerless again.  What would I or could I have done if I had been able to identify this oncoming new addiction? I do not know the answer to this question. It really should have been something that I recognised. But, by the time I could have recognised it, it was already too late. Ten years after quitting heroin I was drinking a bottle of whisky a day and it took me much longer to stop drinking than it did to stop being a junkie.

It is now thirteen years since I last smoked heroin. I have absolutely no desire to do so again. I only think about it when I am writing my blog. I have been consciously attempting to stop drinking for a year and it has now been over six months since I last drank alcohol. Similarly, I never want to drink again. I currently do not crave alcohol. I am extremely hopeful for the future as my awareness of the dangers of any new addiction is now heightened and strengthened both through writing my blog and the work I have done with my keyworker and in groups. Life is very good. I am a creative soul once more. I am slowly regaining the trust of my family. I have learned that recovery is an ongoing project. Sobriety must be my lifetime’s work.

“Every habit he’s ever had is still there in his body, lying dormant like flowers in the desert. Given the right conditions, all his old addictions would burst into full and luxuriant bloom.” Margaret Atwood