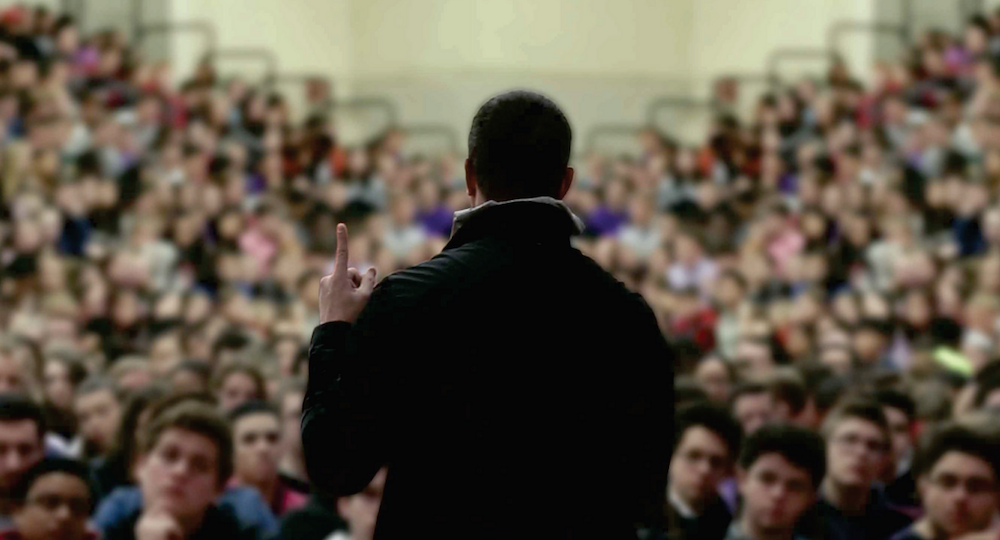 Saturday Night at the Movies: The First Day

The Virtual REEL Recovery Film Festival, in association with In The Rooms, is pleased to present this month’s Saturday Night at the Movies film of the month! This Saturday, July 11th, at 9 PM Eastern, we’ll be screening The First Day: A Focus on the Beginning, featuring Chris Herren.

At times, it seemed that Herren’s basketball career was notable more for his failed drug tests, run-ins with the police, and seemingly unearned media hype than for his talent as a player. But sometimes, one’s true calling is revealed only through hardship and tests of strength and endurance.

A Basketball Legend from an Early Age

Herren was tested both on and off the court. He was born into a family of basketball players, including his father, grandfather, brother and three uncles. Chris finished Durfee High having scored the most points in the school’s history. He was featured in multiple magazines and newspapers, including the Boston Globe, Rolling Stone and Sports Illustrated. That kind of pressure can make or break a player. Soon enough, Herren tested positive for pot and coke before he first stepped onto the free-throw line at Boston College.

Herren’s Struggle with Substance Use Disorder

Drug use and abuse followed Herren to Fresno State, then into the NBA, where he played point guard for the Denver Nuggets. While playing for the Boston Celtics, he started using prescription painkillers. Then, like so many, he turned to street drugs. After being picked up for heroin possession and suffering an overdose, Herren got clean and sober, and has been since August 1, 2008.

In that time, he has used his experience, strength and hope to speak to athletes, students and parents about the brutal reality of drug abuse. In The First Day, Herren encourages students to speak out about their experiences, trauma, fears and the day-to-day stressors of life. Most documentaries and films about addiction focus on the often severe consequences of long term substance abuse: “the worst day.” In contrast, this film asks the viewer to go back to the beginning, and think about “the first day.” It prompts viewers to think about the factors and circumstances that lead a person to take that first hit or drink.

Today, Chris Herren is not known for his fall from grace. Instead, he is acknowledged for the grace and dignity with which he shares his message of hope and recovery.

Join us on In The Rooms for Saturday Night at the Movies!

If you’re already an In The Rooms member, just enter the “movie theatre” in the meeting clubhouse. If you’re not yet a member, signing up is easy. Simply create a free member account to view the film, and access all of our online recovery meetings.